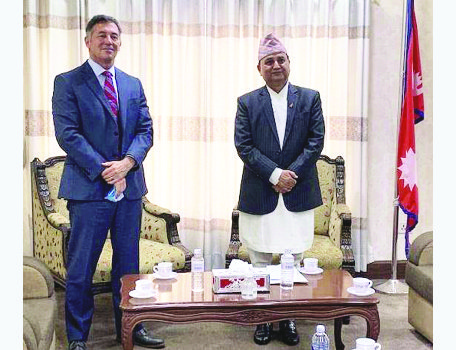 Deputy Prime Minister and Minister for Defence Ishwar Pokharel said that the government of Nepal has still been regulating international borders to discourage free movements of the people from the land and has managed quarantines and isolation centers to those who have come from abroad.

During a meeting with the American Ambassador to Nepal, Randy Berry at the Ministry, DPM Pokharel said that the Government of Nepal has been establishing better coordination among the three-tier governments to control and minimize the infection rate of the COVID-19.

Joint Secretary and spokesperson at the Ministry of Defence Santa Bahadur Sunar also said that the DPM thanked the US government’s support to Nepal to contain COVID-19. 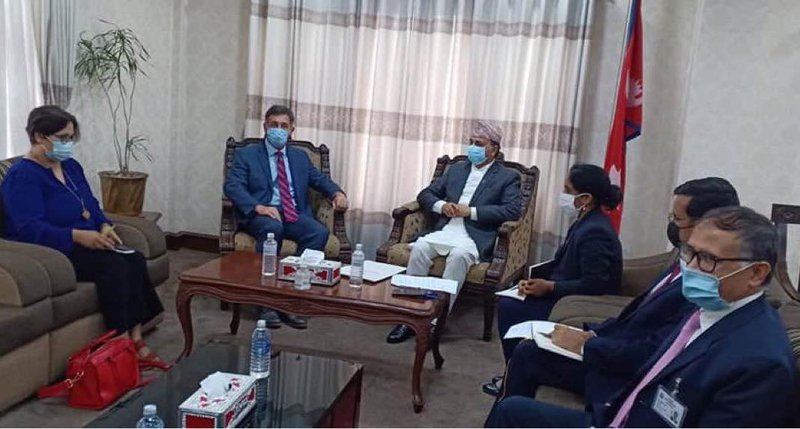 Ambassador Berry, during the meeting, also praised the efforts made by the government of Nepal to contain the cases of COVID-19 and urged the DPM to give priority to maintaining social distancing while resuming the social activities.

The US government was always ready to support and work together with Nepal despite the difficult situation in America, he said.

It is also reported that US ambassador Berry Beery also inquired about the future of MCC and Nepal’s position on it.

Experts To Conduct Comprehensive Geological Survey Of Melamchi By Agencies 8 hours, 1 minute ago

Kathmandu Valley CDOs Decide To Extend Prohibitory Order For A Week By Agencies 8 hours, 7 minutes ago