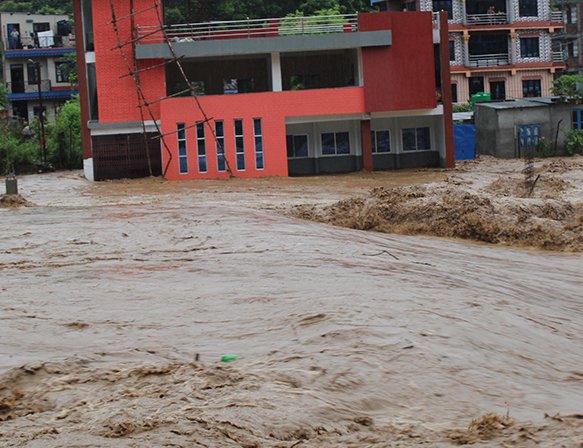 Today, 54 percent of the world’s population lives in urban areas, while this share is expected to increase to 66 percent by 2050. Projections show that urbanization combined with the overall growth of the world’s population could add another 2.5 billion people to urban populations by 2050, with close to 90 percent of the increase concentrated in Asia and Africa. Our success or failure in building sustainable cities will be a major factor in the success of the post-2015 UN development agenda,” said John Wilmoth, Director of UN DESA’s Population Division.

With the rapidly growing urbanization, urban centers are becoming more prone to devastating disasters and increasing climate change impacts. Floods, storms earthquakes, landslides and fire affecting densely populated areas produce significant losses in lives, livelihoods and the built environment, especially in comparison to rural areas. The impact of COVID-19 is no different. The majority of urban municipalities are playing frontline role in responding to the multi-sectoral needs of COVID-19. Most of the testing labs, quarantine centers and isolation wards are situated in urban centers while closely supported by local urban municipalities in Nepal. Urban poor, marginalized communities, single women, disables are almost always the most vulnerable, too often bear the bulk of the brunt. Development partners and urban professionals have taken note and therefore have been slowly adapting to these new conditions, but older models and practices hinder the most effective engagements. 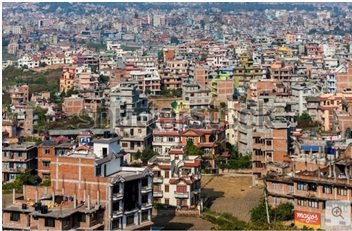 The concept of ‘resilience’ has a number of definitions. The Rockefeller Foundation (2015) defines resilience as, ‘the capacity of individuals, communities and systems to survive, adapt, and grow in the face of stress and shocks, and even transform when conditions require it. Building resilience is about making people, communities and systems better prepared to withstand catastrophic events – both natural and manmade – and able to bounce back more quickly and emerge stronger from these shocks and stresses’. The recent work by Sanderson David (2016), share the lessons and experiences of urban disasters in the Philippines, Chile, India, Thailand, Iraq, Haiti and Nepal, among other countries, and discussed how Urban Disaster Resilience approach brings to light new collaborations and techniques for addressing the challenges of urban disasters in the coming years.

Resilience and its application in particular to urban centers have grown in recent years. For example, UNISDR ‘Making Cities Resilient’ campaign, the Rockefeller Foundation’s 100 Resilient Cities Initiative, whereby it works in 100 cities around the world and helps them to become more resilient to the physical, social and economic challenges that are a growing part of the 21st century’. Resilience is also a key component of the UN Sustainable Development Goals 9 and 11 which aim to ‘make cities and human settlements inclusive, safe, resilient and sustainable’, and ‘build resilient infrastructure’ respectively. ‘Resilience’ and ‘resilient’ are also prominent within the New Urban Agenda (NUA) 2016 where resilience is used to refer to efforts to combat climate change and environmental sustainability. The concept of resilience has become popular not only due to considerable donor backing but also because of its utility.

The inter-disciplinary nature of resilience can be very helpful when addressing the needs of vulnerable people in the totality, rather than according to any one particular sector, for example, water or sanitation. This shift to a more holistic understanding has long been seen as a prerequisite for better efforts at responding to disasters more effectively and finding resonance in urban responses. Local urban government officials particularly in developing countries, are frequently facing the threat of disasters and thus need better capacities and frequent access to a relevant plans, policies, and tools and enabling environment to effectively deal with them. Urban risk reduction provides opportunities for capital investments through infrastructure upgrades and improvements, building retrofits for energy efficiency and safety, urban renovation and renewal, cleaner energies, and slum upgrading. Local governments are the closest level to the citizens and to their communities. They play the first role in responding to crises and emergencies. They deliver essential services to their citizens (health, water, sanitation, solid waste, education, transport, etc.), which need to be made resilient to disasters. 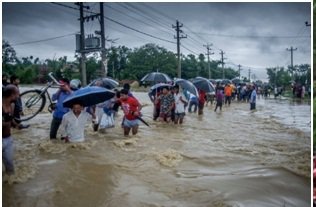 As discussed above, the issue of Urban DRR is no less complex and challenging and therefore has started garnering enough attention by DRR professionals and practitioners in Nepal as well. The issue of Urban DRR has the first time become the matter of concern of five flagships program introduced in 2011. The NRRC Flagship 4 CBDRM had initiated a number of meetings and workshops between 2012 to 2014 which proved the need to intervene DRR works in urban areas. The partner agencies particularly I/NGOs started building CBDRM works within the municipal area in their respective DRR projects and program. However, the focus was limited to disaster preparedness at the community level and thus lacked addressing the core value of Urban DRR devised under the National Urban Development Strategy 2015 that states DRR and resilience as one of the principles for balanced and prosperous urban future in building resilient urban areas in Nepal.

Without a comprehensive, effective and scalable model to address urban disaster risk, the challenges on risk reduction and management will continue unabated. Exiting models on urban DRM is ‘public- sector-dominant’ with limited focus only on preparedness for disaster events and emergency response. It is important to recognize that there are a number of organizations working on urban DRM in Nepal. Most of them are focused on the urban response while a few of them are coalescing as a consortium to work jointly on urban DRM. Experience from the previous consortium has shown that successful collaboration, cooperation and innovation can result in exemplary models that catalyze change in lowering risk in urban settings. It is imperative that the national framework on urban DRM should be developed considering local contexts and ground realities while also drawing on the global protocols like; Sendai Framework, global best practices, 100 resilient cities campaign, New Urban Agenda including success stories and lessons learned from resilience-building initiatives in Nepal.

Nepal is experiencing the fastest rate of urban growth of any South Asian country (World Bank, 2013). From 58 in 2014, the number of urban municipalities has increased to 293 in 2017. The pressure from quick-paced urbanization coupled with limited capacity and inability of the government to deliver safe infrastructure and manage disaster risks have increased the overall vulnerability of urban areas in the country. In the absence of a suitable policy for regulating and managing this sudden growth; the urban centers are growing haphazardly, without following the basic principles of planned and sustainable urban development. This situation is causing numerous problems, including; over-crowding, deficiencies in basic urban services; traffic congestion, load-shedding, environmental degradation; encroachment on public lands, forests, and river banks; and sprawling settlement development and so on. The application of building bye-laws and building code is still new to the majority of urban municipalities in Nepal. Incidents of disaster in urban centers are rapidly increasing in recent times and they are of different types; flood, fire, landslides, high-intensity storms, road accidents and so on.

Post-earthquake 2015, the knowledge and awareness of the local public and also the government, has significantly improved while the latter is comparatively more serious and inclined to fix this sector for the optimal use of scarce resources and sustainable development of the country. The recent developments like; implementation of recovery and reconstruction program, the promulgation of the DRRM Act 2017 and LG Operation Act 2018, formation of NDRRMA 2019, adaptation of new act by provincial and local governments, further reinforces the progress of this sector.

The new constitution of Nepal (2015) envisions the local governments taking major responsibility for disaster risk reduction and management with support from provincial and federal governments. Similarly, the new DRM Act 2017 categorically divides responsibilities between Federal, Provincial and Local governments on disaster-related activities. Local governments have been given important roles in service delivery and promoting social security which cannot be ensured without proper consideration of the multi-hazard risks frequently faced by the local communities. Therefore, it is essential that LGs consider DRRM as an essential and integral part of service delivery and citizen welfare program. DRRM Priorities are critically illustrated in the 14th Development Plan of Nepal which has accorded programmatic priority to water-induced DRM under its sectoral development policies. However, efforts to mainstream disaster risk management in sectoral development plans remained as a missing opportunity.

In support of the government move, the Development Partners have also shown their generosity and extended their support to further strengthen and consolidate the progress and efforts put into reducing and managing disaster risk by engaging the larger gamut of partners and stakeholders including local communities on the ground. Presently, Nepal is passing through the phase of profound transition. With the introduction of the federal governance system in Nepal, municipalities became more independent and autonomous and can impose a tax, allocate budget, make their own policies and enforce them. From local bodies, they are promoted to local government. All cycles of DRRM responsibilities are now transferred to local governments, which only used to engage in the initial response phase in the past. This situation has opened, a plethora of opportunities to local municipalities for designing and implementing inclusive and resilient cities on their own.

Dr. Karna is a well-trained Urban Governance and Disaster Risk Reduction Specialist presently working as a freelance consultant. He has more than 15 years of extensive experience working for UN and other international agencies both in Nepal and abroad. His writings have been published frequently in national and international journals. He will be reached at- sumankarna@hotmail.com

An Overview Of Early Warning System (EWS) In Nepal- How Inclusive And Resilient To Communities At Risk
Oct 14, 2022
Mainstreaming DRR And CCA Into Development Approaches- Indispensable To Secure SDGs Gains
Jun 27, 2022
Where We Are Falling Short?
Jul 13, 2020