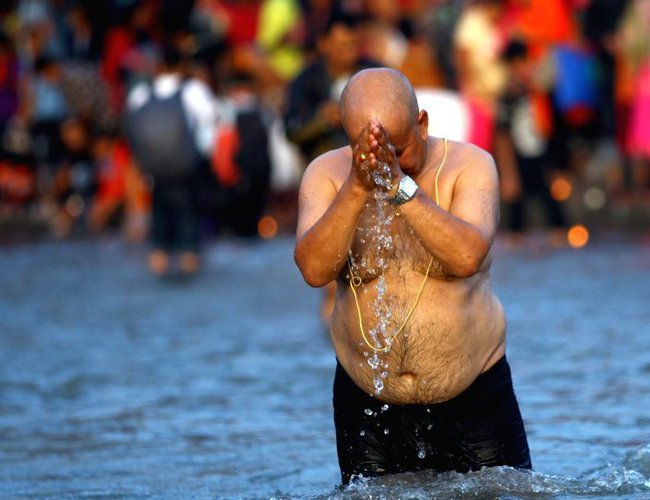 Kushe Aunsi is a fathers' day festival and is also known as Gokarna Aunsi in Nepal. Father’s Day is also known as Kushe Aunsi or Pitri Tirpani Aausi or Gokarne Aunsi. Gokarna Aunsi literally means cow ears (Gokarna) and there is no moon night (Aunsi) and it is a celebration in late August or early September in Nepal, where Hindus worshiped the incarnation of Lord Shiva and his parents with cow ears.

This is a special day set apart for the veneration of one's father. On this auspicious day, sons as well as daughters go home to meet and spend quality time with their fathers. Home-cooked delicacies, sweets, meat and other gifts are offered to all fathers.

On the streets are seen married daughters with goodies making their way to their maternal home to meet, no matter how busy their schedule is. Many people celebrate this festival by offering prayers to the Shiva shrine at Gokarna Temple. People also visit the temple at Gokarna or other holy places to perform "shradh" in memory of their deceased fathers.

The date does not coincide with the international fathers’ day and is based on the lunar calendar as all the other cultural festivals celebrated in Nepal. 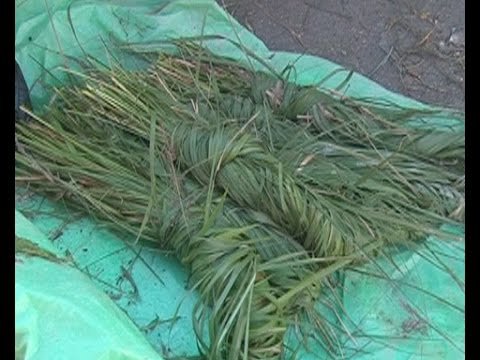 This is a special day, Nepalis recognize and respect their Father for their care and love for children and his family.

In addition to giving gifts, the children perform a special ceremony: they touch their father’s feet with their foreheads and look into their father’s eyes. While daughters only have to touch their hands before looking at them, many people go to the Shiva temple in Gokarneswor Mahadev in Gokarna. , a suburb of Kathmandu, and bathing and sacrificing

on New Moon Day (Amavasya) also died leading Shraddha (annual death rituals).On this auspicious day, both sons and daughters go home to meet and spend time with their parents. Homemade treats, sweets, meat and other gifts are offered to all parents. In the streets, you can see daughters married with treats gathered on their way to their parents’ house, no matter how busy they are in their diary.

The father, mother, and teacher receive the place of God in the Hindu religion. Father, Pita or Babu are Guru, Rakshak, and Palankarta. That is, the father is a teacher, protector, and savior. Father’s day is the day of respect renewed by him.

Nepal is a state with a more than of temples than houses, more god, and goddess than people and a larger quantity of celebrations than days in a yr. Nepal has in excess of 125 diverse ethnic groups, particularly on Indian and Tibetan beginnings.

A People in Kathmandu visit Gokarna to do the Sraddha or Pinda Daan to their deceased father and a few do Shradha at domestic or at the near river or any holy region nearby.

The “buck” Shiva was stuck by way of Brahma using his horns. Once Shiva and Parbati disappeared from Himalaya Parbat.Planned or not, the arrival of a baby causes this man to face a series of uncertainties that will make him rethink his role as son, husband, and man.