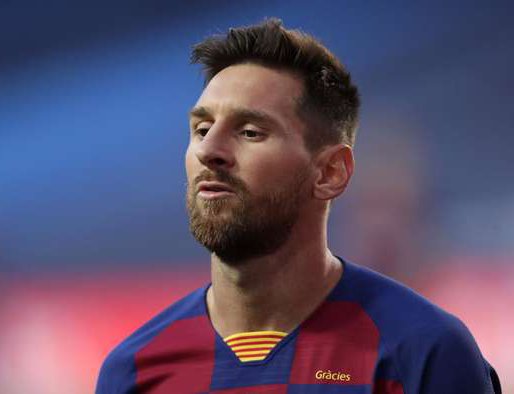 The Argentine superstar has handed in a transfer request, however Goal understands he is aiming to patch things up with those in charge.

Lionel Messi remains determined to leave Barcelona, however the Argentine player wants to meet with the board and leave the club on good terms, Goal understands.

On Tuesday, Messi told the club he wants to leave after nearly 20 years at Camp Nou, having come through their La Masia academy and emerged as one of the world's best players.

The situation between Messi and the club has deteriorated massively in recent months, with the player angry over the decisions made under president Josep Maria Bartomeu, such as the sale of Neymar and their refusal to buy him back, and the sacking of manager Ernesto Valverde earlier this season.

The 8-2 defeat to Bayern Munich in the Champions League quarterfinals earlier this month has proved to be the final straw, and Messi submitted written notice to Bartomeu on Tuesday via burofax that he wants to go.

It initially appeared Messi would look to activate a clause in his contract that would allow him to terminate his deal with Barcelona and walk away for free. That clause expired earlier this year, but it was rumoured the player's legal team would argue it was valid until the end of the 2019-20 season, which was extended because of the coronavirus pandemic.

However, Goal understands Messi wants to have a meeting with the board to negotiate his departure from Barcelona, rather than doing so unilaterally.

Messi does not want an extended public war with the club, with the shock of his declaration of wanting to depart already causing controversy, with fans protesting outside Camp Nou and demanding the resignation of Bartomeu, while the club's socios - board members and official fan groups - have brought a vote of no confidence against the president.

Instead, Goal has learned, the Argentine star wants to have a meeting with representatives of the club to try to get his exit back on track in a civilised manner and to not abruptly end his contract, amid rising tension in recent days.

Messi recently indicated he plans to break his silence and explain the reasons for his decision to leave Barcelona, but there is no exact date for that to happen and it will not be imminent.

Goal, however, does understand the intention of the Argentine is to give his version of events when his entire situation clears up, and to send a message to the fans of Barcelona before he goes.

'I'm Tired Of Always Being Everyone's Problem': Messi By Agencies 4 days, 14 hours ago

Germany's Shocking Loss In Spain By 0-6 By Agencies 5 days, 15 hours ago

Messi Has Shown He Is Still The Best, Says Barcelona Boss Koeman By Agencies 1 week, 5 days ago