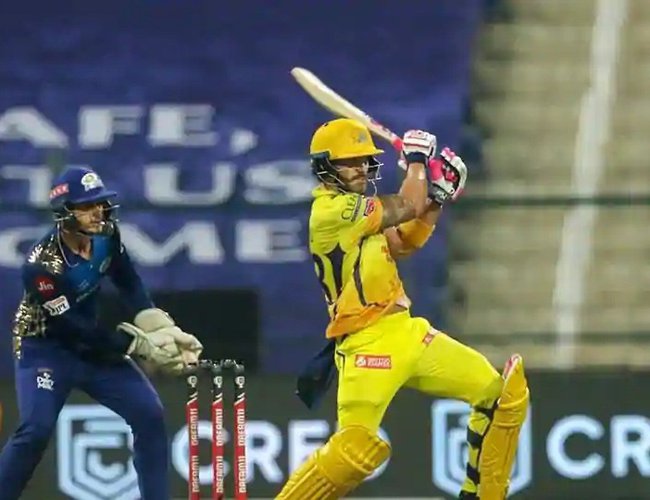 Chennai Super Kings have beaten Mumbai Indians by five wickets to start their IPL campaign in style. Follow live score and updates of the MI vs CSK encounter in Indian Premier League in Abu Dhabi.

Ambati Rayudu and Faf du Plessis smashed valuable half-centuries as Chennai Super Kings beat Mumbai Indians by 5 wickets to get off to the perfect start in IPL 2020 at Abu Dhabi in UAE. Rayudu scored 71 off 48 balls and du Plessis remained unbeaten on 58 off 44 balls.

They had steadied CSK after they lost their openers in the first two overs of the chase. The Mumbai Indians scored 162 for 9 after Chennai Super Kings asked them to bat first. MI got off to a flier with Rohit and de Kock going all guns blazing but CSK came back with two wick wickets.

Then Saurabh Tiwary played a very good innings by scoring 42 off 31 balls before Faf du Plessis took two fantastic catches to send back him and Hardik Pandya. Towards the end, Lungi Ngidi picked up three wickets as CSK ran through the MI lower middle-order.