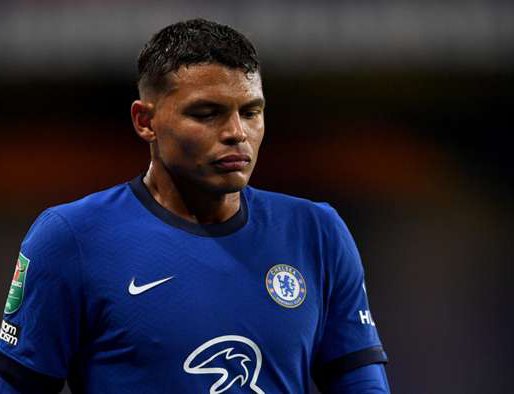 After sitting out the first two games of the Premier League season, Silva started and played the first 60 minutes of the Blues' 6-0 Carabao Cup victory over Barnsley.

The Brazilian is still working his way to full fitness, having been given time off after helping PSG reach the Champions League final just last month.

Thiago Silva ready to bring a winning mentality to Chelsea

He featured into the second half on Wednesday before being replaced by Kurt Zouma, and his new manager was left impressed by everything he saw from the longtime defensive star.

"Yes, it is exciting for us because he has had just over a week training with us. It was a perfect 60 minutes for him tonight," Lampard said.

"He will show the qualities he has. Of course, he will get fitter and better. He also gave us something for me on the night in the dressing room and on the pitch of a leader with authority in terms of his demands on others.

"He can’t speak the language but, at the minute. that’s not even a problem because his presence and the way he commands people around him is already showing that to me in training and in our game tonight.

"Yes, I am very very pleased with Thiago. It is what I expected of a player of his level but it is very refreshing to have him here at the club."

Silva moved to Chelsea on a free transfer this summer, having seen his eight-year stay in France come to an end with a 1-0 loss to Bayern in the Champions League final in Lisbon

Although his PSG career ended on a low with that defeat, Silva made 315 appearances for the club, helping lead them to seven Ligue 1 titles in those eight seasons.

In total, Silva won 23 trophies with PSG, with Lampard hoping that Silva's trophy-winning pedigree proves a major asset to a younger Chelsea squad.

Having already beaten Brighton before losing to Liverpool, the Blues are next set to take on West Brom in the club's third game of the Premier League campaign.