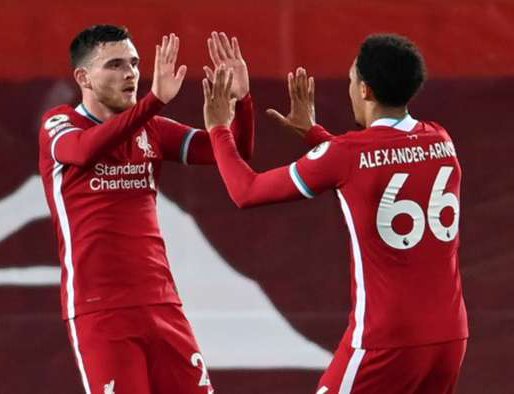 Arsenals were the latest to feel the Reds’ heat. The Gunners may be an altogether more organised, pragmatic outfit under Mikel Arteta, but they had no answer to Liverpool’s relentless intensity.Goal

Alexander-Arnold had already served notice of his threat, creating an opening for Virgil van Dijk early on, when he was given time to lift his head and deliver once more. Robertson, on the blind side of the Arsenal defence, did the rest with admirable composure for 2-1. Liverpool were behind on 25 minutes, ahead on 34, their response a testament to their powers of recovery, concentration and fitness.

If last week’s win at Stamford Bridge was a message to the rest of the division, this was even more emphatic a statement. This was a great team flexing its muscles, going through its full repertoire at a time when the world is searching – or perhaps hoping – for signs of weakness. "We don't make statements," Klopp insisted afterwards, "we just try to win football matches."

They did not even need their shiny new superstar for this one. Thiago Alcantara was not involved, and could be absent until after the international break according to Klopp with what the club describe as “a minor injury”. Without the Spain international, Liverpool were as cohesive and as driven as ever.

The Reds’ full-backs combined for what turned out to be the decisive goal. Pep Lijnders, Liverpool’s assistant manager, would have been purring as Alexander-Arnold’s cross from the right found Robertson, ghosting in at the back post to take a touch and prod past Bernd Leno.

Full-back to full-back, Lijnders says, is “the dream goal” for this team. "I loved it," said Klopp.