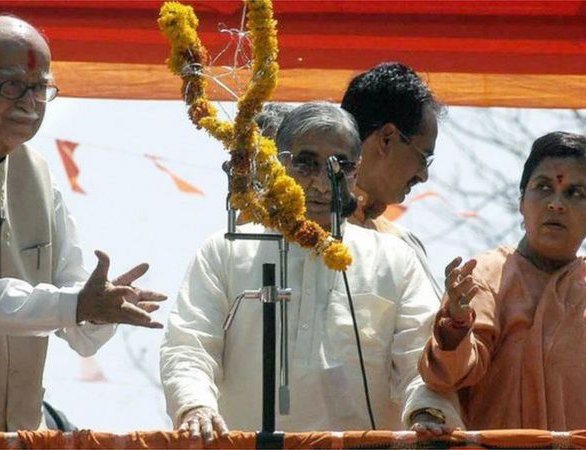 A court in India has acquitted top leaders of the governing BJP of any wrongdoing in the destruction by Hindu mobs of a historic mosque in 1992.

The demolition sparked violence that killed some 2,000 people. It was also a pivotal moment in the political rise of the Hindu right-wing.

Wednesday's verdict acquitted 32 of the 49 people charged - 17 had died while the case was under way. The court said there was insufficient evidence to prove the demolition had been planned.

Hindus believe the mosque was built over the birthplace of their deity Lord Ram.

The controversial verdict comes nearly a year after another historic judgment over the site of the mosque. Last year, the Supreme Court gave the land to Hindus, ending a decades-long legal battle. It gave Muslims another plot of land in Ayodhya on which to construct a mosque.

In August, Prime Minister Narendra Modi laid the foundation stone for a Hindu temple at the site - a core promise made by his BJP and a hugely symbolic moment for its strident Hindu nationalist base.

Muslim groups and opposition parties criticised the acquittals. The influential All India Muslim Personal Law Board, which represents Muslim social and political groups in India, said it would appeal against the ruling in the high court.