Tulsi Mehar Shrestha The Gandhian Who Brought The Charkha To Nepal

Shrestha was born in Kathmandu in 1896. From an early age, he showed signs of being a social reformer. He became one of the leaders of the Satyacharan Malami Guthi that worked to end outdated death related rites and rituals in Nepal. 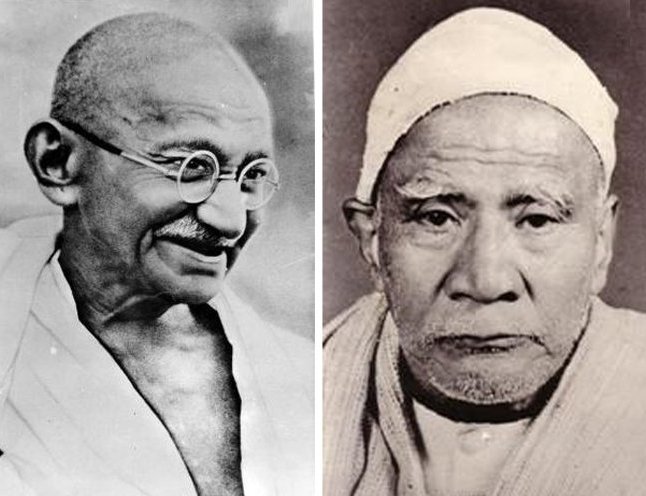 Gandhiji’s active mobilisation of Indian masses started in Champaran, near Nepal, but there is little evidence of his activity across the border. His legacy in Nepal is not borne out by statues and roads named after him. But, the charkha is known to all in Nepal. Indeed, even the building of the Gandhi Bhavan in Kathmandu’s Tribhuvan University is designed like a charkha. Sadly, it is in a poor state of repair. Popularising the charkha was the work of Gandhi’s ardent Nepalese disciple, Tulsi Mehar Shrestha.

Shrestha was born in Kathmandu in 1896. From an early age, he showed signs of being a social reformer. He became one of the leaders of the Satyacharan Malami Guthi that worked to end outdated death related rites and rituals in Nepal. Their reform efforts were not looked at kindly by the High Priests of the Ranas and the Guthi leaders were convicted for heresy. The punishment was either long term imprisonment or exile. Shrestha sought exile and was allowed to go to Sabarmati ashram in Ahmedabad in 1920. Because he promised to return with a skill, he was sanctioned a small monthly allowance by Prime Minister, Chandra Shumsher Jung Bahadur Rana, who was considered to also have a liberal streak in him.

Simplicity and industry soon won Shrestha his mentor’s trust and he became one of Gandhi’s personal assistants, spending long hours personally serving the Mahatma. He also learnt to spin the charkha and weave cloth for himself. After five years, Tulsi Meher returned to Nepal after Gandhi interceded with the Prime Minister of Nepal. He brought back a charkha and some bales of cotton.

He started by distributing cotton to women in villages and encouraged them to start spinning and weaving using the charkha. But he was not really allowed to pursue his work as it was considered seditious. So, once again, he had to seek the benevolence of the prime minister.

For this, he carried out a peaceful one-man dharna (protest), spinning the charkha along the route traversed by the prime minister for days before finally catching his eye. He obtained the prime minister’s go ahead for setting up a spinning and weaving training centre, which he named Shree Chandra Kamdhenu Charkha Pracharak Mahaguthi. It was the first social non governmental organisation in Nepal. The NGO was renamed the Nepal Charkha Pracharak Gandhi Tulsi Samarak later, and began to focus on the uplift of women. Today, it runs two flagship stores in Kathmandu by the name of Mahaguthi, which specialise in Nepalese handicrafts and khadi.

Shrestha’s efforts were greatly helped by the backing and support among the public for charkha abhiyan (movement) and khadi. But these efforts continued to be seen by the government as an act of rebellion in the same way as it was seen by the British in India. He was imprisoned several times over many years.

Finally, in 1951, after the Rana rule ended, Shrestha started the Gandhi Samarak Nidhi, which was jointly inaugurated by King Tribhuvan and Pandit Jawaharlal Nehru, who was then the prime minister of India. In 1977, a year before he passed away, he received the Jawaharlal Nehru Award for International Understanding.

The man in the loin cloth was not welcome in Rana-ruled Nepal. Yet, on Gandhi’s death, the Government of Nepal declared a two-day holiday. Mourners poured on to the streets of Kathmandu and elsewhere in Nepal and for the first time the country saw a people-led peaceful and spontaneous bandh. According to senior Nepali Congress leader and author, Sagar SJB Rana, in Baber Mahal, Kathmandu, a stunned Rani Rukmani Devi Rana received the news of Gandhi’s passing away with the words “Hey Ram”.

Puri is a former ambassador of India to Nepal. This article is reproduced from The Hindustan Times Link

Nepal Army Collects Over 30,000 KG Of Wastes From Major Mountains By Agencies 17 hours, 2 minutes ago