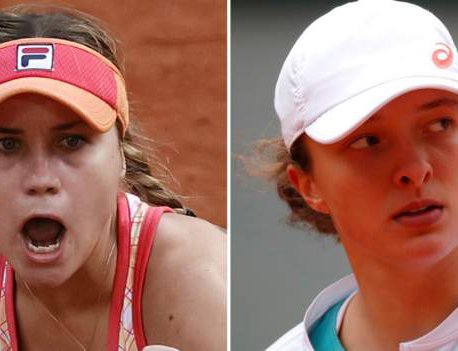 The French Open women's final will be contested between Australian Open winner Sofia Kenin and Polish teenager Iga Swiatek after two contrasting displays in their semi-finals.

Fourth seed Kenin produced controlled tennis but had to save 10 break points against the two-time Wimbledon winner.

She has yet to play Swiatek on the main tour, but faced each other on the same stage in the juniors four years ago.