Suffering from the Great Earthquake, blockade and bad performance of one of the contractors, now it is facing the pain of coronavirus pandemic. 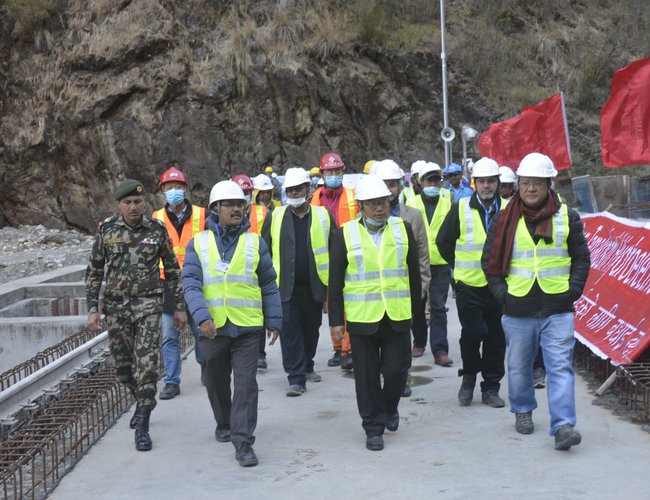 Upper Tamakosi, I felt at times, is the best project that got started at the wrong time. From design change to Great Earthquake, the project has gone through several painful disasters. Suffering from the Great Earthquake, blockade and bad performance of one of the contractors, now it is facing the pain of coronavirus pandemic. Looking at such a situation from the side of implementation, I have a feeling why not this project would have started a long time back, completing before these painful situations or it would have started a bit later after all these events leading to this situation.

When we talk about generating electricity in a 2/3 months’ period and lighting a bulb, it gives me hope, pleasure and satisfaction. When I see some existing critical problems, they indicate a likely delay in the generation of electricity. This uncertainty hurts my heart.

The project has been suffering from hostile situations of coronavirus pandemic and mismanagement of concerned hydro-mechanical contracts. Even if the contractor of lot 2 starts transporting the equipment now, it will likely take weeks and more time will be consumed in installation and testing. Thus, the situation is not yet there to announce exactly when the generation of electricity will start from the project. There is uncertainty over the completion date.

All this progress would not be possible without the coordination, support, love and cooperation of Bigu Municipality, Ward Office, local people, members of parliament, minister, Dolkha District Coordination Committee, Dolkha District Administration, Nepali Army, Nepal Police and Armed Police. We have been receiving their continual love and affection.

After the beginning of lockdown on April 4, the project sent a request letter seeking to continue the work on April 10. On the basis of the letter, the energy secretary and then Managing Director of NEA took efforts to address the request. As a result of the initiative and facilitation of Minster of Energy, Physical Planning Minister and development expert of prime minister Engineer Ganjendra Thapaliya, the high-level CMCC chaired by deputy prime minister and minister of defense Ishwor Pokharel had given a go-ahead letter to the project on 13 April. Due to this decision, we are able to give continuity to the project.

Had the decision not been taken promptly or delayed by 2/4 days, about 1000 workers of the project would have gone home. In that situation, we would not have other options than to shut down the project. Due to the crucial decision, the project did not have to stop the work and has continued the work. The decision of CMCC has done a great service to the national pride project. During the lockdown, one of the most complicated tasks was the installation of the lower and upper vertical shaft and they were completed. This was a major breakthrough. 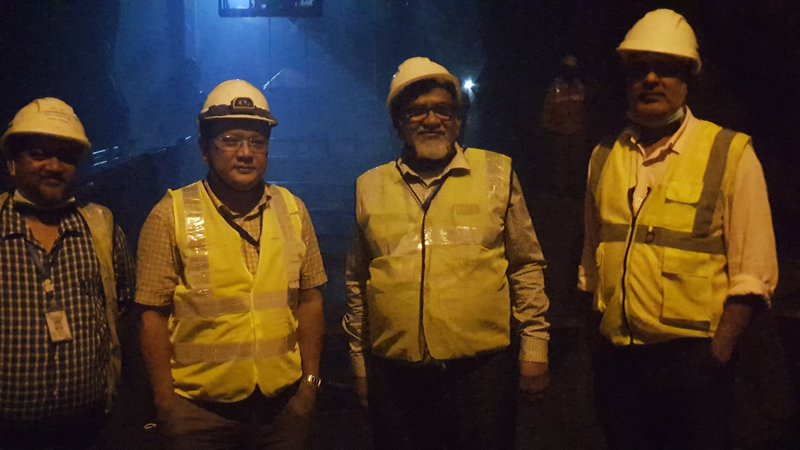 There is a need for permission from Nepal Rastra Bank to give payment of foreign currency to foreign consultants and contractors. Due to various reasons, it was delayed for years and nothing came out even knocking at different offices. Finally, we went to the principal secretary of Prime Minister Bishnu Rimal seeking his support to settle the problem. We briefed him about the situation. After his facilitation, a yearlong problem got settled in a matter of weeks. This initiative helped us to sort out the major problem regarding the issue of payment to foreign contractors and consultants. The project is very thankful to him.

At present, our major challenges are to transport the small equipment and types of machinery from hydro-mechanical contractor Texmaco Railway’s Kolkata head office. Showing the coronavirus pandemic, the company is delaying the manufacturing of equipment and transport to the project site. With the restriction on surface transport and international air, the project is unable to send its official to Kolkata to accelerate the work. Even the contractor has not shown any effort to complete the work. In this situation, we have decided to seek help from the Minister of Foreign Affairs Pradeep Gyawali. We have requested the minister to direct the Nepalese Consulate General Office of Kolkata to facilitate the dispatch of the machine from the factory. We also informed the problem to principal secretary Rimal, PM’s Foreign Advisor Dr. Rajan Bhattarai and Engineer Gajendra Thapaliya. They also took the initiative upon our request. After our request, the ministry has directed the consulate general to take the necessary steps. Following the direction, the consulate general, along with his employee, visited the factory site. With this, we are very encouraged that all equipment will arrive within 1.5 months and we will be able to generate electricity from the first unit at the end of November. The project is grateful to those who supported us in difficult times. In fact, the people who support, help and encourage at the time of crisis are real friends. We are very grateful to those who supported us.

This event and things mentioned in the piece are just to share our work with all to show many people as much as possible to show how we are moving. This is not for any dispute or making news. I humbly request all not to make any news on the basis of this opinion.

Long History Of People-To-People Exchange Between Japan And Nepal. By Yutaka Kikuta 3 days, 22 hours ago