The striker scored twice against Parma to equal Omar Sivori, the last player to score as many Serie A goals in a calendar year in 1961 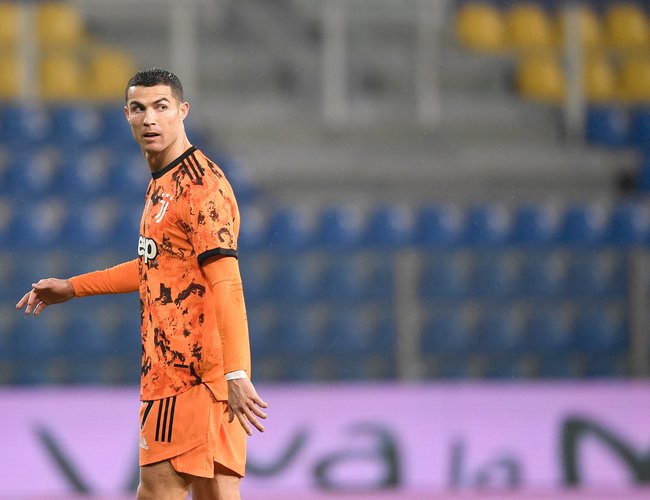 Cristiano Ronaldo became only the fourth player score at least 33 Serie A goals in a calendar year by bagging a brace in Juventus' 4-0 win over Parma.Goal

The 35-year-old scored in each half as Juve cruised to a victory that moved them level on points with Inter and one adrift of leaders Milan, both of whom play their game in hand on Sunday.

Ronaldo equalled former Juventus forward Omar Sivori's goal haul from 1961 - the joint-third most in a single year behind Gunnar Nordahl (36 in 1950) and Felice Borel (41 in 1933).

He could move further up the list as Juventus have one more league match to play in 2020 - a home meeting with Fiorentina on Tuesday.

Speaking after the match, Juventus coach Andrea Pirlo praised his star striker while also expressing his happiness with the entire team effort.

“This evening was the Juventus I wanted to see. We needed to win this game, our strikers Cristiano and Alvaro [Morata] both needed to get back to scoring ways. We needed to work as a collective and Aaron Ramsey also had a really good game," he told reporters.

“We’re slowly getting to what we all want, not just me, but also the players. I like in particular the high press when the opponents have the ball, we can win it back quickly and that allows us to control the game. That spirit is getting into the lads and we’re improving game by game.

“We are now aware that we’re on the right path, that we’ll have this attitude in every game whether we are against Parma or Barcelona. We must press high, be aggressive and win back the ball so we can control the match.”

Ronaldo's 33 goals have come from 174 attempts - at least 67 more than any other player - giving him a shot conversion rate of 27.73, which compares to 28.26 for Ciro Immobile, who is the next highest scorer this year in Serie A with 26 for Lazio.

The Portugal international has scored 27 with his stronger right foot, four with his left and two via his head.

Robert Lewandowski, named The Best FIFA Men's Player of the Year on Thursday, has 32 Bundesliga goals for Bayern Munich since January 1, while Barcelona star Lionel Messi has just 18 in La Liga in the same timeframe.