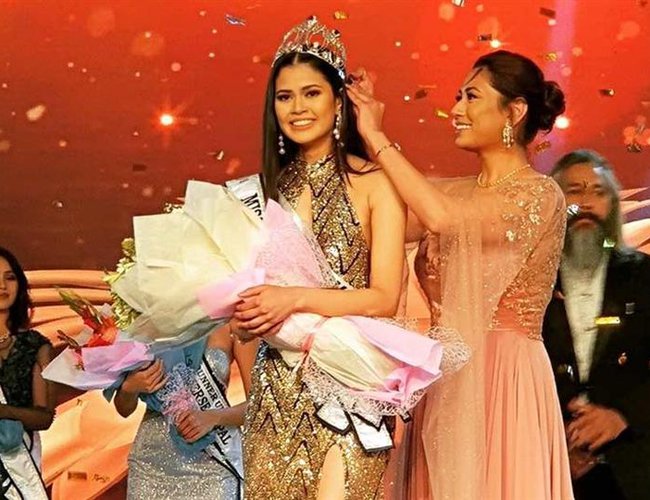 Anshika impressed everyone with her confidence and stunning beauty at the competition. She rose to fame when she was adjudged the first runner-up at the conclusion of Miss Nepal Oceania 2020 held on 14th March 2020 in Australia. The 23-year-old stunner works as a Sales Analyst professionally. At the finale as well, Anshika made sure she was a standout with her strong answers and mesmerizing walk. Anshika was a part of our favorites for the crown as well. The finale was held under strict covid-19 guidelines as the hosts and performers entertained throughout the show.

In the event, Nancy Khadka from Biratnagar was the fourth runner-up. Basnet also bagged Miss Lifestyle subtitle, Khadka was announced Miss Fabulous, while Mandal was chosen the winner of Brave, Bold, Beautiful Social Advocacy Winning Cause for her video on mental health.

The Top 10 were selected from the Top 18, which was followed by the selection of Top 5 — based on judges’ selection and public votes. The grand finale also saw a swimsuit catwalk round where contestants sashayed the ramp in swimsuits. More

This is the first time Miss Universe Nepal has been conducted as an independent event, separate from Miss Nepal.

She impressed the judges with her answer to the question, What is the one life lesson that you have learned after COVID-19 and its effects?, she was able to take home the coveted crown.

She said,“the one lesson that I have learned after COVID-19 is always to be ready for all the challenges that life throws at you because life is uncertain. Also for the government and for the individuals, be economically prepared because COVID-19 has taught us that economy is so important that we need to always be aware and always secure our finances to be moving forward in life.”

Chloe Zhao Is The First Women Of Color To Win Oscar Bet Director Award By Agencies 3 weeks, 1 day ago