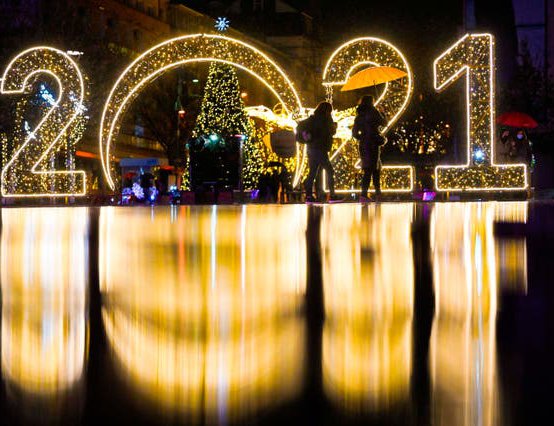 New Zealand has rung in 2021 with a spectacular fireworks display and light show in Auckland.

Thousands gathered in the harbour foreshore to celebrate the New Year - with crowds free to mingle as the country enjoys an absence of coronavirus cases.

The south Pacific island nation Samoa was the first to mark the new year at 10am GMT, followed by New Zealand at 11am GMT.

The nation, which has managed to eliminate coronavirus after a strict seven-week lockdown, kicked off its new years celebrations with skycity fireworks and Vector lights on the Auckland Harbour Bridge.

Before the five-minute firework and light show, some residents headed to the America's Cup Village to celebrate with free entertainment from 2pm, according to NZ herald.

Thai devotees lay down in coffins during a resurrection ceremony at Wat Takien in hopes of cleansing themselves of bad karma upon their "rebirth" on December 31, 2020 in Bangkok, Thailand

Last year millions of people flocked to watch fireworks at Sydney Harbour Bridge in Australia, but due to the virus growing daily in the country, authorities are advising revellers to watch on television this year. 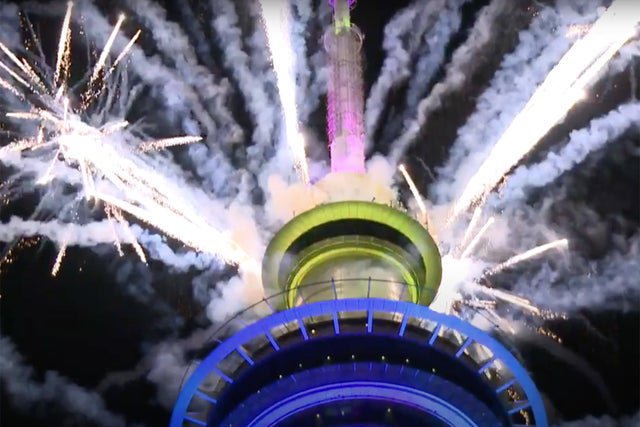 Residents were only being allowed into the Sydney city centre if they have a restaurant reservation or are one of five guests of an inner-city apartment.

Melbourne mayor Sally Capp said: “For the first time in many, many years we made the big decision, difficult decision to cancel the fireworks.

“We did that because we know that it attracts up to 450,000 people into the city for one moment at midnight to enjoy a spectacular display and music. We are not doing that this year.”

Taiwan was hosting its usual New Year’s celebration, a fireworks display by its capital city’s iconic tower, Taipei 101, as well as a flag-raising ceremony in front of the Presidential Office Building the next morning. The island has been a success story in the pandemic, registering only seven deaths and 700 confirmed cases of Covid-19.

Even major cities in Taiwan have scaled back New Year’s Eve events and are telling people to watch fireworks and other festivities at home, after the island’s first case of the highly infectious coronavirus variant originally discovered in Britain.

Other countries including Japan, South Korea and North Korea are gearing to enter the new year at 3 pm (GMT).

In the UK government officials have warned Brits to cancel New years eve parties because “Covid loves a crowd."

The warning came as the government launched a public information campaign to encourage people to see in the start of 2021 at home.