Why Is The Stock Market Price Rising Despite The Covid-19 Pandemic?

Why Is The Stock Market Price Rising Despite The Covid-19 Pandemic? 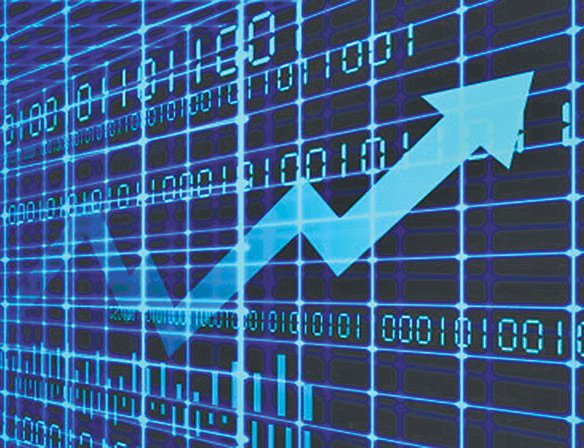 It seems strange to see and hear that even in the time of political instability and constitutional crisis, the share market is taking new heights every day, making history, Nepse index and even the amount is increasing.

During Corona, the low interest rates, new market-friendly leadership in the Ministry of Finance, directives from the Nepal Rastra Bank to have a direct impact on the stock market, and the positive atmosphere created by the coordination of the stock market regulatory body, the Securities and Exchange Board, seem to have boosted the stock market. There are also those who think so.

At the same time, it is clear to SEBON that the stock market has been setting one historic record after another in recent months, with investors showing their neutrality due to long-standing political instability, earthquakes and political turmoil. According to some investors, this is a good sign if investors are consciously reducing their attachment to politics.

The stock market is affected not only by politics but also by other policy decisions around the world. However, as the instability of political instability is recurring in Nepal, even if it has an immediate impact on the stock market, it is also a message for the political parties to take the growing stock market as a message given to politicians by investors.

Despite the technical problems of the stock market itself, the current greenery in the market should be taken positively from the perspective that Nepali investors are gradually distancing themselves from politics. When political parties and governments create policies and regulations and allow the market to operate independently, it has a positive impact not only on the stock market, but also on other areas of investment.

The situation between politics and the economy in Nepal is not so comfortable, but in recent months, the enthusiasm of the stock market seems to be creating such a situation.

There are indeed other reasons for today's high valuations, but each has its limitations. Technical and financial analysis of the company is necessary and essential for any investor to decide on investing. Effective use of central depository system, on-line trading system, social distance, increased attraction towards capital market due to social media, IPS, mobile banking, etc could be the major factor.

For example, as the stock market looks ahead, current stock prices may also be boosted by optimism about the successful use, arrival, and radically improved testing and treatment options for effective Covid-19 vaccines, which have been limited and shrunk due to the downturn. It even seems to have leaped forward. This approach may be justified, or it may be that markets are underestimating the possibility of a severe second wave this winter, and promoting the effectiveness and efficacy of first-generation vaccines.

Second, low or near-zero interest rates by banks may be a major factor in the rise in the value of the stock market today. Financial markets are confident that deposit rates are unlikely to rise soon, with long-term asset prices such as home, real estate, gold, and the like moving upwards. They have unexpectedly benefited from lower interest rates. Easy and low-interest rate availability of margin lending can also be a major factor.

The third explanation is that in addition to offering extremely low-interest rates, banks have directly supported the private bond market. These private bond purchases are not thought of as monetary policy in the traditional sense. Instead, they are in line with a quasi-fiscal policy, with the central bank acting as an agent for the treasury in the event of an emergency.

While these three explanations provide some insight into why stock prices are rising as the real economy moves south, they tend to leave out a large part of the problem: the economic pain inflicted by Covid-19 is not being borne by public trade.

This is falling on small business and personal service owners - from garbage cleaners to restaurants, entertainment providers - that are not listed on the stock market (which tend to be more productive). These little players only need capital to survive this period and amount. And government programs that helped drown them for a while are beginning to pass, increasing the risk of a snowball effect in the event of a second wave

One possible consequence, especially if the ongoing process of "de-globalization" makes it difficult for corporations to relocate their operations to low-tax countries, would be to reverse the decline in corporate tax rates. That would not be good for the price of the stock, and it would be a mistake to think that the popular reaction there seems to have stopped. The growth of Nepal's stock market, which has reached record highs, has also continued. The Nepse index, which measures the share market, has increased significantly and the transaction amount has also increased.

Meanwhile, the Securities Board of Nepal (SEBON) has stated that the participation of investors in the stock market has increased significantly as more than 85 percent of transactions are done through Nepse's online trading system.

According to the SEBON, there are more than 800,000 investors in the primary market of securities and the number of DEMAT accounts is 2.18 million. Which is about 7.25 percent of the total population. The Securities and Exchange Board of Nepal (SEBON) has issued a public notice asking us to invest cautiously.

The Securities and Exchange Board of Nepal (SEBON) has urged investors to invest cautiously as the capital market has been setting new records day by day. The board has issued a press release urging investors to invest in the growing market with "vigilance and understanding" and not following "rumors and conjectures".

The Board suggests, “Investors should look at the financial condition of an organization listed in the capital market following certain established values and norms, analyze the basic and technical aspects of those organizations as well as compliance with the law. Investment decisions have to be made. ”

However, it is estimated that the relationship between the stock market and the economic growth of the previous years will be reversed when the stock market rises in the current fiscal year, which is projected to be slower this time.

While the National Planning Commission, Central Bureau of Statistics, and Nepal's development partners like World Bank, Asian Development Bank, and International Monetary Fund are projecting that Nepal's economic growth will not be very good in the current fiscal year, it will be around 2 percent or almost zero percent. The record has been reached by reaching the historical issue. From this, it is necessary to redefine the relationship between the economic growth that has been positive so far and the stock market.

Neither economic activity has picked up, nor has the economy shown any signs of slowing down. However, some stock analysts have attributed the recent departure of the former finance minister, who was known to be negative towards the stock market, and the arrival of a positive finance minister to the market. Investors determine stock prices based on future earnings.

It's all about income, growth, and potential. Right now, there is a lot of hope that the economy will improve, and with that comes more jobs and more spending. Many investors are also optimistic about a practical coronavirus vaccine that will hopefully end the need for social distance and help improve some parts of the economy that are currently suffering the most (travel, food, hospitality, events, and personal recreation). Consumers have now changed their spending. Not all coronavirus pandemics have had a negative economic impact. But it has shifted how many people are spending their money.

A prime example is the expenses that are set aside for the winter holidays. Few people are traveling, staying in hotels, or eating out in restaurants. But that doesn't mean they aren't spending money elsewhere. Instead of spending money on airline tickets, hotels, and restaurants, they can shop online or spend a lot of money on hobbies or home improvement. And of course, some of that money may have ended up in the stock market, further raising the price of the stock.