International Year For The Elimination Of Child Labour

International Year For The Elimination Of Child Labour 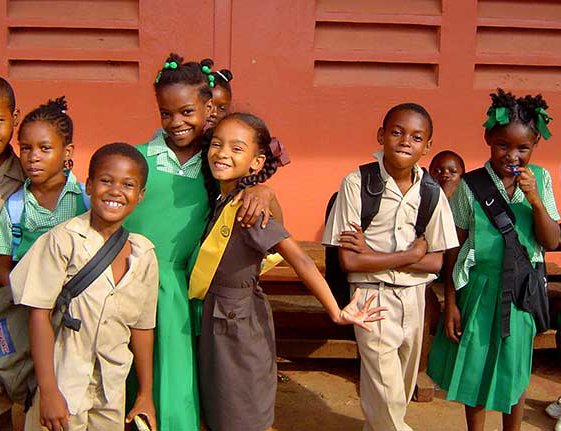 Child labour has decreased by 38 per cent in the last decade but 152 million children are still affected. The COVID-19 pandemic has considerably worsened the situation, but joint and decisive action can reverse this trend.ILO Link

The International Labour Organization (ILO), in collaboration with the Alliance 8.7 global partnership, is launching the International Year for the Elimination of Child Labour , to encourage legislative and practical actions to eradicate child labour worldwide.

The International Year was unanimously adopted in a UN General Assembly resolution in 2019. A main aim of the year is to urge governments to do what is necessary to achieve Target 8.7 of the UN Sustainable Development Goals (SDGs).

Target 8.7 asks Member States to take immediate and effective measures to eradicate forced labour, end modern slavery and human trafficking and secure the prohibition and elimination of the worst forms of child labour, including the recruitment and use of child soldiers, and by 2025 to end child labour in all its forms.

Throughout the year a number of events will raise awareness of a problem that affects one in 10 children.

The joint initiative encourages regional, national and organizational stakeholders and individuals to identify concrete actions that they will take by December 2021, to help end child labour. The deadline to submit these Action Pledges is 30 March. Pledge makers are invited to document their efforts and progress throughout the year, through videos, interviews, blogs and impact stories.

“There is no place for child labour in society. It robs children of their future and keeps families in poverty."

However, progress across regions is uneven. Almost half of child labour happens in Africa (72 million children), followed by Asia and the Pacific (62 million). 70 per cent of children in child labour work in agriculture, mainly in subsistence and commercial farming and livestock herding. Almost half of all these children work in occupations or situations considered hazardous for their health and lives.

The COVID-19 crisis has brought additional poverty to these already vulnerable populations and may reverse years of progress in the fight against child labour. School closures have aggravated the situation and many millions of children are working to contribute to the family income. The pandemic has also made women, men and children more vulnerable to exploitation.

“There is no place for child labour in society,” said ILO Director-General, Guy Ryder. “It robs children of their future and keeps families in poverty. This International Year is an opportunity for governments to step up and achieve Target 8.7 of the Sustainable Development Goals by taking concrete actions to eliminate child labour for good. With COVID-19 threatening to reverse years of progress, we need to deliver on promises now more than ever.”

The International Year will prepare the ground for the V Global Conference on Child Labour (VGC) that will take place in South Africa in 2022, where stakeholders will share experiences and make additional commitments towards ending child labour in all its forms by 2025, and forced labour, human trafficking and modern slavery by 2030.

The ILO has been working for the abolition of child labour throughout its 100 year-history. One of the first Conventions its members adopted was on Minimum Age in Industry.

The organization is a partner of Alliance 8.7, a global partnership that aims to eradicate forced labour, modern slavery, human trafficking and child labour around the world, as outlined the 2030 Sustainable Development Goals.

BEEN Energy Efficient Building By A Correspondent 3 days, 15 hours ago