The Country Has Made A Big Progress: PM Oli

The Country Has Made A Big Progress: PM Oli 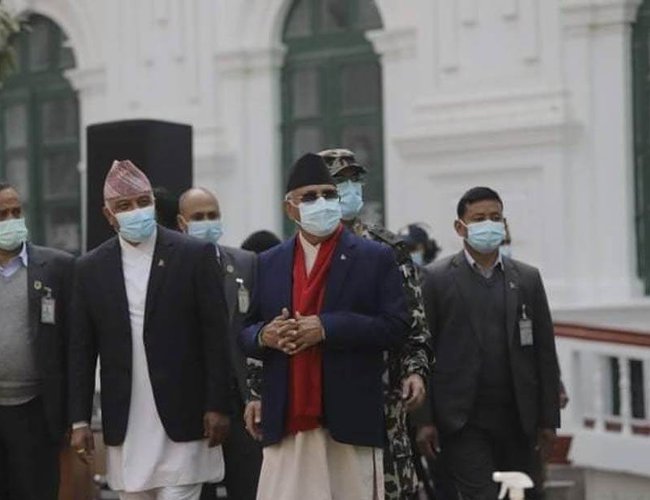 Prime Minister KP Sharma Oli has inaugurated the National Reconstruction Authority (NRA)-rebuilt three fronts except for the west of Singhadurbar amidst a program today. The 25 April 2015 devastating earthquake had ravaged the main administrative secretariat building of Kathmandu

Prime Minister K.P. Sharma Oli has said that his government has made many achievements in the last three years. Addressing the program, he said that the government has build foundations for the country’s overall development.

He claimed that the country is heading to achieve the slogan Prosperous Nepal, Happy Nepali’ despite the hurdles created by his colleagues. 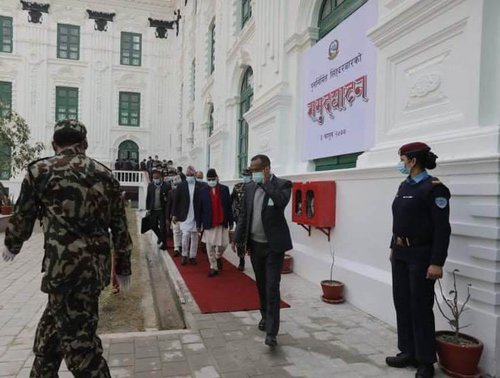 Reconstruction of the country’s main administrative hub Singhadurbar where the Office of Prime Minister and Council of Ministers is also based has been completed.

After the inauguration, the office of prime minister and council of ministers is also shifted to the reconstructed building. The office of the country’s chief executive was shifted to the building of the then Ministry of Local Development following the earthquake devastation.

“We have reconstructed the building in an earthquake-resilient way keeping the fundamental structure and style intact. The working chamber and meeting hall have been constructed in line with the existing organizational structure of the OPMCM without compromising international level services and facilities”.

Nepali Cricketer Sandip Lamichhane To Surrender On Thursday In The Presence Of His Attorney Saroj Ghimire By NEW SPOTLIGHT ONLINE 1 day, 10 hours ago