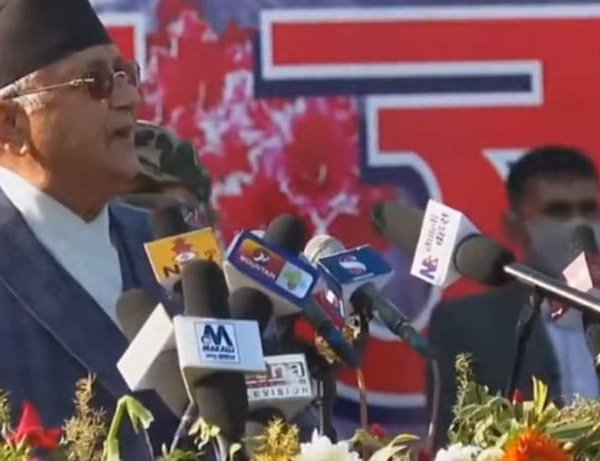 Prime Minister KP Sharma Oli, has said that people favors the elections to defeat the conspirator and bring peace and stability in the country. Addressing a mass meeting in Birtnar, he said that reinstatement of the dissolved House of Representatives (HoR) will lead the nation towards instability.

He said that the reinstatement of the dissolved HoR is not only out of line with the public's wishes claiming that the elections will take place on the stipulated dates and that Supreme Court's decision on the HoR dissolution case will be in his favour.

Top leaders of the faction including Home Minister Ram Bahadur Thapa and senior leader Subas Chandra Nembang too addressed the mass assembly.Prime Minister Oli-led NCP faction planned today's mass gathering, in a series of show-of-strength programmes, to "inform" people about the reasons behind dissolution of House of Representatives and calling of the mid-term polls.

On December 20, PM Oli recommended the House dissolution which was approved by President Bidya Devi Bhandari along with announcement of mid-term elections on April 30 and May 10.

POLITICS Uncertain Future By A Correspondent 3 days, 8 hours ago