Professor Tomohiko TANIGUCHI, who works at the Graduate School of System Design and Management, Keio University, was also a Special Advisor to the Cabinet of Prime Minister Shinzo Abe. Doctorate in national security,20 years in business journalism, a stint for 3 years in London and one-time President at the Foreign Press Association in London, he also spent sabbaticals at Princeton University (Fulbright visiting fellow), Shanghai Institute for International Studies, and at the Brookings Institution as a CNAPS Fellow before joining the Ministry of Foreign Affairs as Deputy Press Secretary. Since August 2008, he held professorships at Keio and Meiji and taught international political economy and media studies. Professor Taniguchi spoke to Keshab Poudel through zoom. Excerpts: 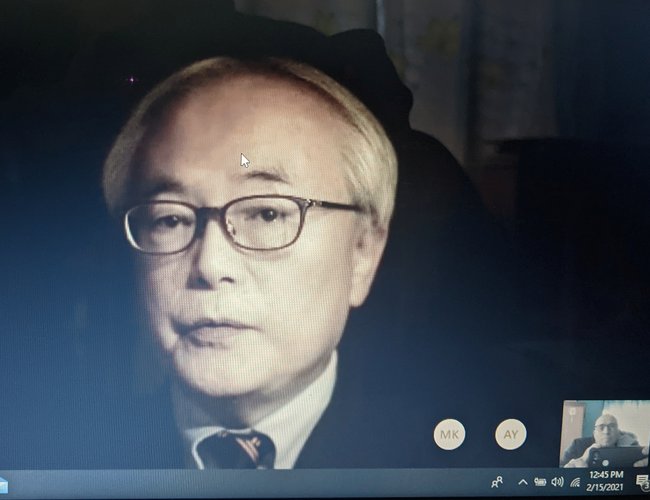 How do you view the role of Japan in the current global context?

The role Japan should play in the future is very important. It is still a sizeable economy. The Chinese economy is getting bigger and bigger, but the Japanese economy still is the third-largest. If you look only at democratically run economies, Japan is the second-largest, second only to the United States. People in Japan are getting emotionally prepared to accept as a reality that not only China but in our own lifetime India and probably Indonesia will overtake Japan in terms of the size of the economy. What Japan should do is, therefore, going to affect the courses and trajectory taken by the rest of the world. It is almost self-evident.

How do you see the challenges faced by democracy?

People say these days that democracy is in retreat, parliamentary representation system is losing its influence. Thus, Japan must be a country that resists those scenarios by showcasing to the rest of the world that this way you can continue to develop your own democratic system. No democracy is perfect. Speaking of democracy, I always think that it is a unique sort of animal that takes not only decades but also generations to mature. Japan is among those nations that have spent so many generations to come to where it is.

How Japan can help Nepal in democratizing the process?

Japan will continue to encourage countries such as Nepal or Myanmar. The Japanese government is not going to impose sanctions on Myanmar. Many such attempts have ended with failure and now is the time for the world community to learn a lesson or two. Instead, what the Japanese government together with aid organizations like JICA have been doing vis-à-vis Myanmar is to give hope to the future generation. How can you do that? It is only in Myanmar that elementary school textbooks have been rewritten, revised and newly introduced entirely in cooperation with Japan. Myanmar has come to the government of Japan requesting technical assistance in order for Myanmar to issue textbooks to be delivered nationwide to elementary school children. Already those first graders and second graders in Myanmar have been reading newly published textbooks that came into existence by the cooperation between Myanmar and Japan.

People in Japan associate Nepal with more or less two or three things. First and foremost is the Himalayas landscape. Second many Japanese know Hindu gods and Buddhism both are worshiped in Nepal and that spiritual root has commonalities with the spiritual root Japan has had. So Nepal and Japan are bound by spirituality. There have been long-term commitments from Japan in terms of developing infrastructures, water facilities, education, health and others. Water is more important than petrol. It is very difficult for you to become like China or India because your population is not big and Nepal’s domestic market is not big. As a result, big manufacturers, like automotive may not find Nepal an attractive place.

What development model perfect for Nepal?

Many intellectuals in Nepal are pondering what development course is affordable for Nepal. I think a lot of people have reached the same conclusion that agriculture still remains very important and human capacity building is very important. Water resources must be kept safe and must be used as a resource carefully. The best asset Nepal has will continue to be the same as Nepal has had over centuries, that is your beautiful landscape. There will be a lot of mountaineers who wish to climb those majestic peaks. If you put together all these elements, the development for a country like Nepal should be the agro-centric, tourism-centric and human capacity-building focus. In retrospect, that is what Japan has been doing for many years. I think Japan should make it clear even more to grass root community in Nepal saying that Japan is here with you and what Japan could provide with you is are these things. 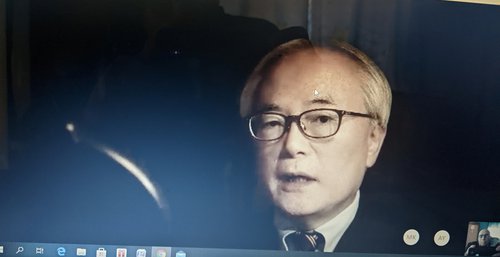 How do you view the Indo-Pacific region, given the rise of China?

Japan is an island nation hovering over the huge continent as she is a neighbor to Russia, North Korea and China. And it is because as an Island nation, freedom of movement over the sea is very much important. Well in the future or in coming decades Japan as well as many other nations will be less dependent upon the middle-east oil. Saudi Arabia and Gulf nations are becoming very much desperate because all of a sudden people are paying less attention to fossil fuel and more and more to renewable energy and zero-carbon strategy. For now, Japan entirely depends upon the safe passage of fossil fuel coming all the way from the Arabian Gulf, the Persian Gulf through the Indian Ocean and through the Malacca straight and to Japan. It is vitally important for Japan to have a secure trade connection between these two spots of middle-east and Japan. Until very recently no one has had to pay that much attention to the peace and security over these long straight of sea line of communication.

Why it is worrying for Japan?

China is building an awesome arsenal. This is not a diplomatic talk but bluntly put the South China Sea is becoming almost like "Lake Beijing," making the Japanese and others feel more suffocated. It is both a geo-strategic and psychological phenomenon. If you think about it, down south, your main entrance is getting congested. China’s shadow is looming large. You need to have absolutely more freedom of navigation, freedom of thinking, freedom of envisioning the future. No one wants to cut out to your gigantic neighbor. It is vitally important for you to have to maintain a good relationship with your big neighbors but you don’t have to kowtow toward China. So psychologically and emotionally, it is important for Japan to tell first and foremost its domestic audience that the sea and ocean are the domain where you can go freely. Geo-strategically, it is a realist thinking because Japan is among very few democracies surrounded by hostile nuclear powers.

How about European nations?

Europeans may be anxious about Russia’s influences and nuclear arsenal but for Europeans, China is a remote existence. However, Japan stands at a place where Russia, North Korea and China surround it. None of which is interested in reducing their nuclear arsenal. The Chinese military is increasing constantly its nuclear warheads. Even North Korea is increasing its sea-launched long ballistic missiles with submarines and Japan is an easy target.

What initiative Japan is taking?

In order to get many kinds of freedom, it is important for Japan to get closely connected with like-minded sea-faring democracies. This is why Japan as well as India and Australia are working together to form a virtual coalition, though it has not institutionalized yet. But, Quad informal strategic forum between the United States, Japan, Australia and India, have been meeting on regular basis. Nepal has a very sensitive relationship with India and China. Your challenge is to make balance safeguarding democracy.

In recently, Nepalese media are also reporting exerting the influence of the Chinese in internal politics. How do you suggest for smaller countries like Nepal to survive in difficult circumstances?

It is challenging for the countries such as Nepal. The same goes with the central Asian nations like Kazakhstan, Tajikistan and others. All of them are landlocked and Chinese economic power is gaining attraction year in and year out. Russia is still very close. So Nepal needs to cut a good balance between those big nations. People in Japan should think twice and three times how difficult it is for Nepalese to maintain a good balance between India, China-Russia and including Japan, United State and others. I don’t think there is any quick solution. However, you need to sustain yourself. You need to tell your public that the future is brighter. You can tell your children that the sky is the only limit for you. If you don’t lose a sense of who you are, you can sustain your identity and will be able to tell future generations that Nepal is this kind of country and we need to go.

Nepal is a crown jewel for humans because of its geographic treasure. You can impose entry fees that are not cheap and you can ask those mountaineers to pay more fees to climb up those sacred mountains. The money thereby earned can be used to make the city of Kathmandu cleaner, its air less polluted, and the garbage collection system more effective. No one thinks Nepal is a hostile nation. Everyone loves the beauty of Nepal and you need to be more patient in order for you to take advantage of your treasured assets for a long stretch of time. We have to tell Nepalese friends these realities. The Japanese have only affection not animosity for the Nepalese. As a friend of Nepal, I think Japanese Nepalese cooperation will remain stable and foster future dreamers. Japanese have to work more with Nepalese to share the same dream for the Nepalese future. Young people in Japan and Nepal need to work together to create a shared dream and future of Nepal.

Have you ever visited Nepal?

I have yet to, I am afraid.