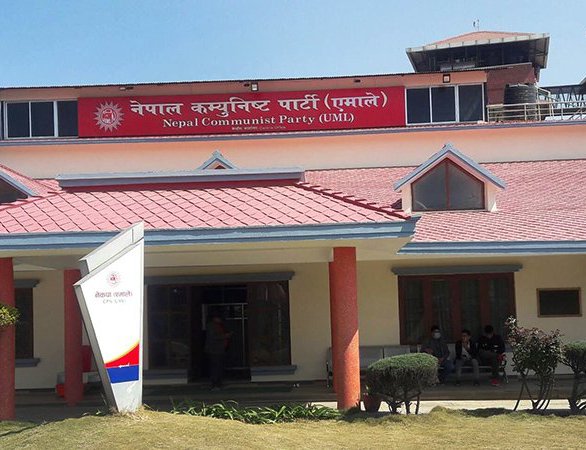 Communist Party of Nepal (UML) has decided to hold its general convention on November 18-22.

The main ruling party has formed a 264-member for its 10th general convention organising committee which comprises of 241 central committee members of the UML and 23 of those who joined the UML deserting the CPN (Maoist Center).

The meeting that took place for two times today at Baluwatar, Prime Minister's official residence, has also cancelled all the posts except for party chair and general secretary, according to Dipak Devkota, a central committee member of the UML who attended the meeting.

According to Devkota, the 9th meeting of the CPN (UML) held after its 9th general convention had maintained 241 central committee members while the meetings held today are the 10th and 11th of their kind added 23 CC members and made a 264-member body.

Today's meeting has decided to hold district convention within six months, according to Devkota. The meeting has also scrapped section 65 (3) of the party statute that provisions retirement of leaders from politics after the age of 70.

Similarly, the meeting decided to update and renew party membership by mid-July.

The venue of the 10th general convention of the CPN (UML) is yet to be fixed, according to central committee member Devkota.

Nepali Congress To Proceed With Nominations Of Candidacies For FPTP System By Agencies 2 days, 22 hours ago

POLITICS Uncertain Future By A Correspondent 1 week, 1 day ago

16 Parties Submitted The Closed List For November 20 Elections By Agencies 2 weeks, 2 days ago