One In Three Women Endure Violence Worldwide: WHO

One In Three Women Endure Violence Worldwide: WHO 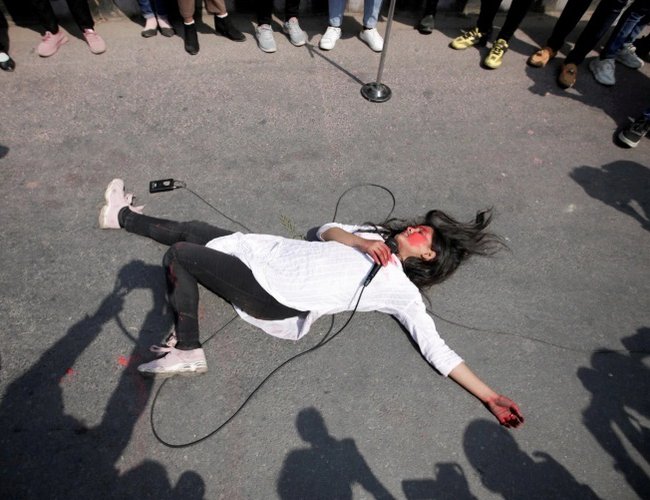 Report also shows 25 percent of women globally are subject to sexual or physical abuse by an intimate partner.

One in three women worldwide have been subject to sexual or physical violence during their lifetime, according to a new report by the World Health Organization (WHO).

About 31 percent of women aged 15-49, or up to 852 million women, have experienced physical or sexual violence, the WHO said in what it called the largest-ever such study, encompassing national data and surveys from 2000-2018.

Boys should be taught in school about the need for mutual respect in relationships and mutual consent in sex, WHO officials said.

“Violence against women is endemic in every country and culture, causing harm to millions of women and their families, and has been exacerbated by the COVID-19 pandemic,” WHO Director-General Tedros Adhanom Ghebreyesus said.

A husband or intimate partner is the most common perpetrator and a disproportionate number of victims are in the poorest countries, the report said.

One in four women are subjected to violence perpetrated by their intimate partners, it said, adding abuse sometimes starts at the “alarmingly young” age of 15.

Countries with the highest prevalence of women facing violence include Kiribati, Fiji, Papua New Guinea, Bangladesh, the Democratic Republic of the Congo, and Afghanistan, WHO data showed. The lowest rates are in Europe, up to 23 percent, over a lifetime.

True figures are likely far higher because of under-reporting of sexual abuse, a heavily stigmatised crime.

Heidi Stoeckl, who was involved in the research, highlighted the fact that such figures have not changed over the past decade.

“They seem unfortunately to stay the same,” said Stoeckl, who is also director of the Gender Violence and Health Center at the London School of Hygiene and Tropical Medicine.

While Stoeckl acknowledged an increase in people’s awareness around the issue of gender violence, she underscored governments’ lack of action to implement programmes preventing it.

“So it is a [matter of] political commitment and decision [making] to put the financial resources to support women movements and to really change laws and improve gender equality,” said Stoeckl.

“What is needed is a big systemic change in the economic social inequality women face,” she added.

With the start of the coronavirus pandemic a year ago, women’s exposure to intimate violence has intensified as people were forced to stay at home with their abuser while access to formal and informal support systems – friends, extended family, work colleagues – was removed or disrupted.

In Colombia, for example, reports of gender-based violence during lockdown increased by 175 percent compared with the previous year, according to Plan International.