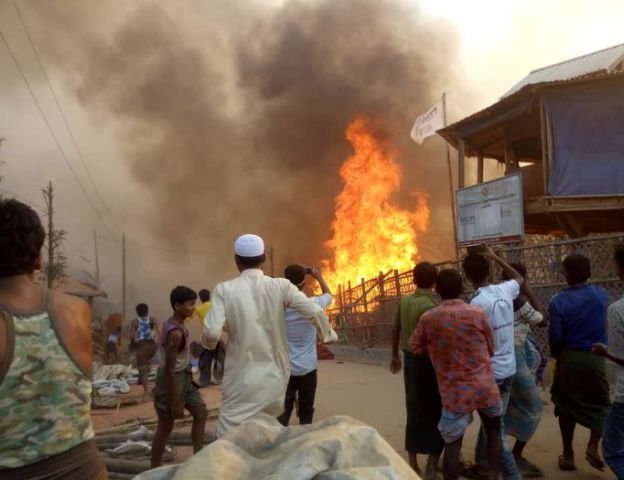 The UN refugee agency says a huge fire at a camp for Rohingya Muslims in Bangladesh has killed at least 15 people and injured more than 560. It says an estimated 400 people are missing.

The Office of the UN High Commissioner for Refugees, or UNHCR, made the announcement on Tuesday, one day after the blaze started at the camp in Cox's Bazar, southern Bangladesh.

The agency said an estimated 10,000 or more shelters have been destroyed or damaged, displacing some 45,000 refugees. It remains unclear what caused the disaster.

The largest medical institution in the camp was also damaged. It is run by the International Organization for Migration.

Camps in southern Bangladesh are home to roughly 870,000 Rohingya refugees who fled neighboring Myanmar amid crackdowns by the country's military. Their shelters are made from simple materials, such as bamboo and plastic sheets.

The UNHCR is asking for international support.