Nepal And Rawal Suspended From CPN-UML For Six Months

Nepal And Rawal Suspended From CPN-UML For Six Months 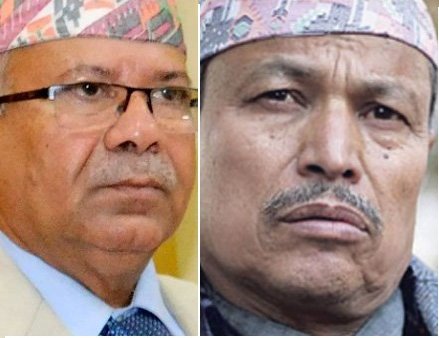 The senior leader of the CPN (UML), Madhav Kumar Nepal and leader Bhim Bahadur Rawal has been suspended from the party as members for six months.

According to sources close to Prime Minister KP Sharma Oli, who is also the chairman of the CPN (UML), the two leaders were suspended as they continued activities against the party interests.

UML leaders Ghan Shyam Bhusal and Surendra Pandey will be asked again to furnish clarification to the party as they have not submitted any replies to the party's queries.

The party had instructed with a warning to not hold any factional meeting and assembly, but the Khanal-Nepal group leaders did not stop formation and parallel committee and hold meetings, which forced the party to take action against them, according to the Baluwatar (Prime Minister's official residence) sources.