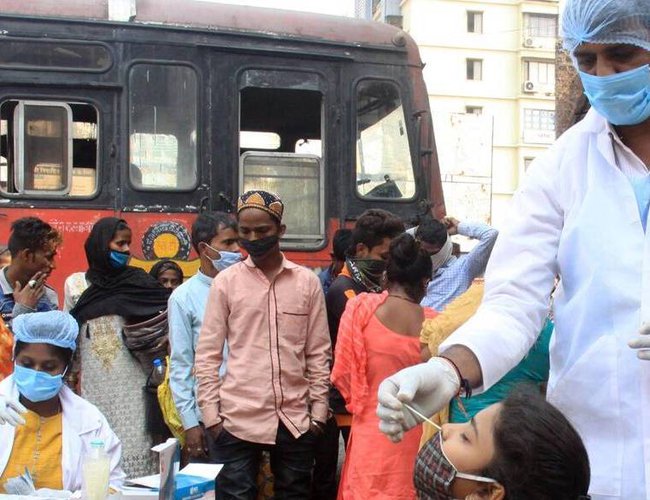 The chief minister of India’s Maharashtra state warned on Friday of a full lockdown to curb coronavirus infections if people did not limit their movement, as the country hit a six-month high for daily cases.

India’s richest state and home to the crowded financial capital Mumbai has been hit hard by the virus, while the country as a whole has now recorded 12.3 million cases including 81,466 new infections registered on Friday, health ministry data showed.

“Consider this a warning that I could impose a complete lockdown in the next couple of days if things remain the same,” Maharashtra’s Chief Minister Uddhav Thackeray said in a televised address.

He said that people were not taking necessary precautions such as wearing masks or avoiding unnecessary travel.

“The situation in the state is worrying. If it continues, our health infrastructure will be inadequate in the next 15-20 days,” Thackeray added.

India has the third-highest death toll from the virus after the United States and Brazil, and several states are considering imposing new restrictions. The death toll in the country reached 163,396 with 469 new deaths reported on Friday.

Maharashtra reported as many as 47,828 new infections on Friday - its highest since the pandemic reached India in March 2020.

The southern state of Karnataka ordered gyms to be closed, barred functions at religious places and told cinema halls, bars, pubs and restaurants to accept a limited number of people.

India imposed one of the world’s harshest lockdowns to control the coronavirus early last year, but it was eased to salvage the economy, and cases gradually fell later in the year.

The government has intensified its vaccination drive in recent weeks but the shots have been slow to reach India’s 1.3 billion people.

Modi has also faced criticism for exporting vaccines India is producing to other countries, even though most Indians are yet to get them.

“The (central government) should allow states to vaccinate everyone on a war footing,” he said in a statement.