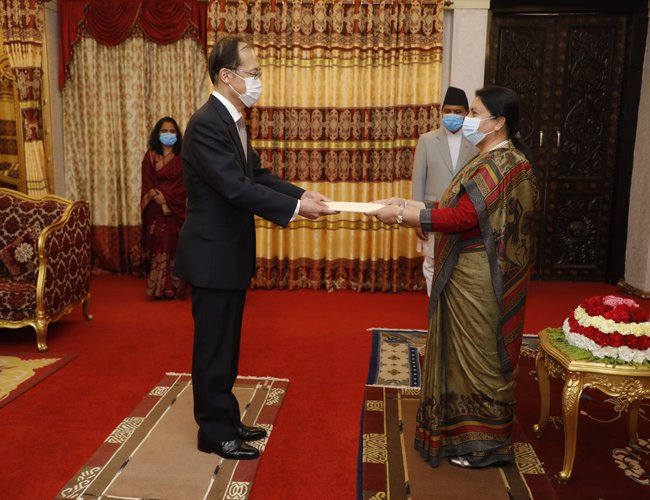 Ambassador of Japan to Nepal KIKUTA Yutaka presented his credentials to the President Mrs. Bidya Devi Bhandari today, at the Office of the President, Shital Niwas.

After presenting his credentials, Ambassador Kikuta and President Bhandari discussed bilateral relations between the two countries, COVID-19 situation, trade and investment promotion, and social and economic development of Nepal. 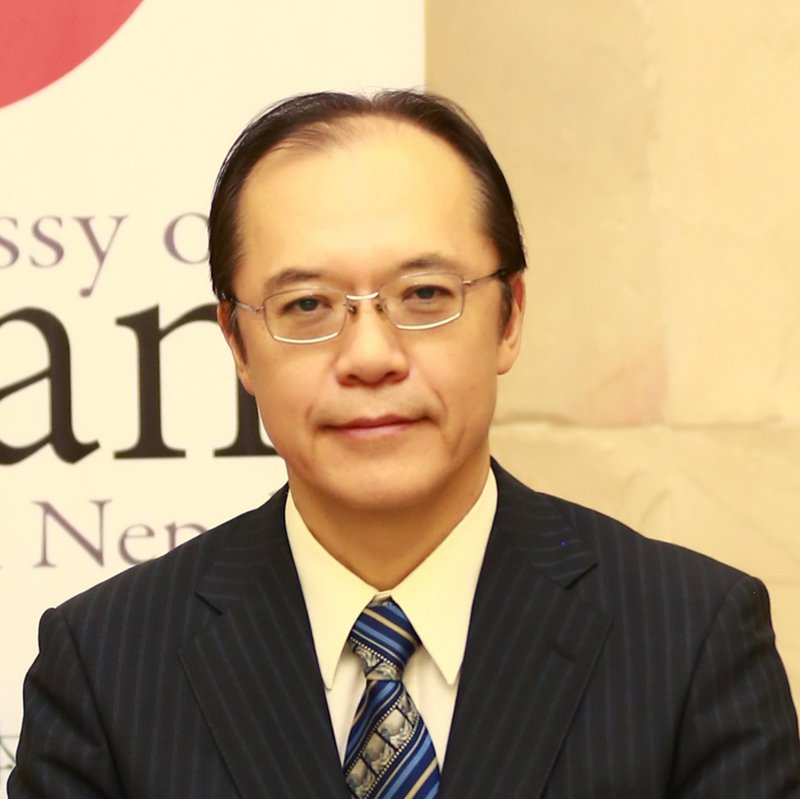 He mentioned that Japan shared the joy on the successful completion of the Melamchi Water Supply Project for better standards of living of Kathmanduites, as Japan assisted the crucial Water Treatment Plant (WTP) in Sundarijal.

He also mentioned to the EXPO 2025 OSAKA, KANSAI, JAPAN, as an opportune showcase for Nepal to attract further foreign investment by highlighting “Prosperous Nepal, Happy Nepali.”

Ambassador Kikuta emphasized the special intimacy between Japan and Nepal and the strong ties between the people of two countries, which have also contributed to the long-term friendship.