Tourism Income Declines By 91.7 Percent In the Last Eight Months

Tourism Income Declines By 91.7 Percent In the Last Eight Months 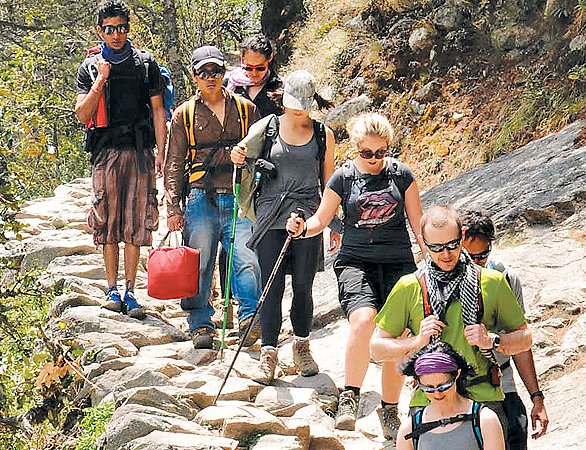 Income from international tourism has significantly declined reports The Rising Nepal. According to the data of Nepal Rastra Bank, income from foreign tourism during the first eight months of the current fiscal year has stood at Rs 4.45 billion, a slash by 91.7 per cent compared to the income made last year in the same period.

According to the daily, during the previous eight months, the country had made an income of Rs. 60.88 billion from international tourism.

The mobility of tourists around the globe had been standstill as different countries adopted measures to curb the COVID-19 pandemic.

Although provision of quarantine has eased, an encouraging environment for foreign tourists to visit Nepal is yet to build up, which has affected the tourism sector badly.

Since July last year to this date, some 42,000 foreign nationals arrived in Nepal, according to the NRB data.

Also included in those who arrived are employees of international agencies, employees of various projects, although they are not tourists. In the same period of the previous fiscal year, more than 73,000 tourists had arrived.

Meanwhile, a sum of Rs 28 billion exited from the country for different purposes. According to the NRB data, the capital flight declined by 54 percent compared to the data in previous fiscal year.

When compared between Nepal's earning from tourism in the last eight months and the amount Nepalis took for flying abroad, Nepalis spent Rs. 18 billion more than the country earned.

Jazeera Airways To Operate Fights At GBIA On Daily Basis From September 6 By Agencies 3 weeks, 5 days ago

Pokhara International Airport to Operate On 1 January 2023 By Agencies 1 month, 2 weeks ago 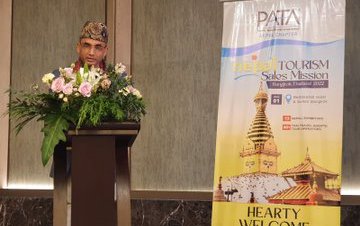 Nepal Has Many Attractions To Thai Tourists: Ambassador Dhakal By NEW SPOTLIGHT ONLINE 1 month, 3 weeks ago