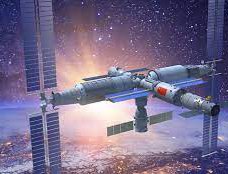 China says it has successfully launched a rocket carrying the core module of its space station that would be completed in around 2022.

Chinese Central Television said on Thursday that a large rocket lifted off from a site on the southern Chinese island of Hainan.

The Tianhe module, which is 16.6 meters long and 4.2 meters wide, contains the control functions of the space station that China is planning to build. It will also be a space for astronauts to stay and conduct experiments.

China is aiming to be a leading country in space development by 2030. Last year, the country brought back rocks from the moon using an unmanned explorer, and launched a probe with the goal of landing a rover on Mars this year.