Upper Tamakoshi Set To Generate Power From May 24

Upper Tamakoshi Set To Generate Power From May 24 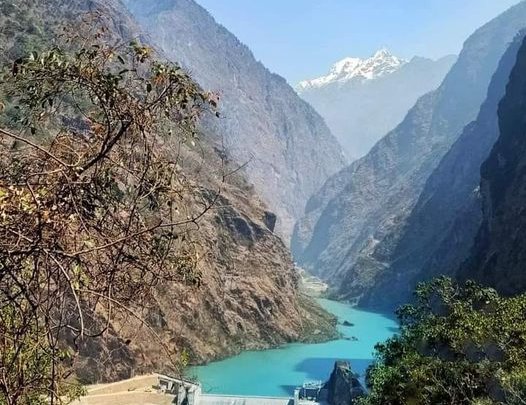 Minister for Physical Infrastructure and Transport Bashanta Kumar Nembang and Minister for Communication and Information Technology Parbat Gurung released the water by pressing the switch to open the left and right intake gates.

The 456-megawatt project, which is being built with domestic investment, carried out a test on Thursday by releasing water into the main waterway. According to Tamakoshi Hydropower company, tunnel filling will take 10-12 or more and it will complete by May 11. “We will run the turbine following filling water. It was delayed due to obstacles created by Hydro-mechanical contractor.”

“There are some problem areas, which are continuously monitored. The units will be operated on May 12. The first unit may generate from May 24. NEA is very sorry that expectation is postponed every time but it is trying its best,” said a senior official at NEA.

Dr. Ganesh Neupane, the spokesperson for the project, said that all aspects of the waterway, reservoir, tunnel pipes would be minutely tested and if there are no complications, the civil and hydromechanical tests of the hydropower project would be completed by May 12. “Then, we will move on to the electromechanical tests which will be completed within 10 days,” he said. 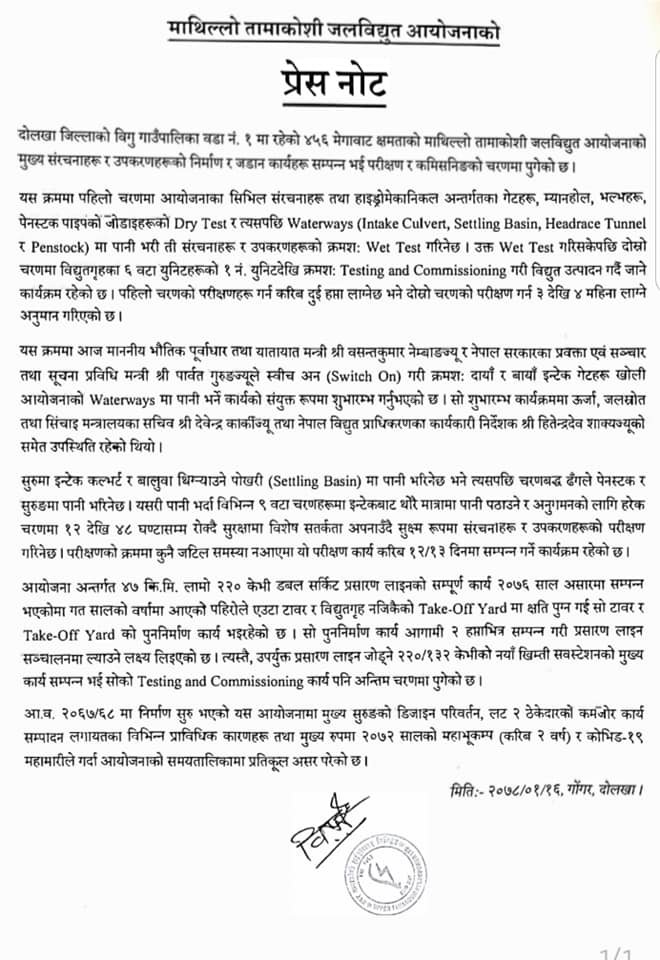 “The first unit is expected to begin generating 67 megawatts of electricity from May 29,” Dr. Neupane said, informing that the project had six units, each with a capacity of 76 megawatts.

“Once the first unit begins production, the other units will follow suit,” Neupane said, adding, “We are hopeful that the project will start generating power in its full capacity before the end of the current fiscal year.” 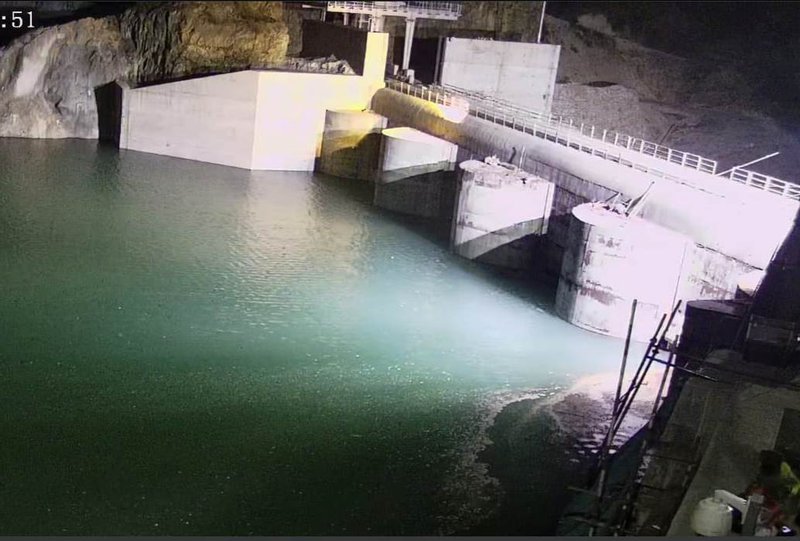 NADA Demands To Allow Import Of All Vehicles And Concessional Loans By NEW SPOTLIGHT ONLINE 2 days, 11 hours ago

MCC-Nepal Issued An Tender For The Construction Of a Transmission Line By Agencies 6 days, 12 hours ago