Bill And Melinda Gates Announce Divorce After 27 Years Of Marriage

Bill And Melinda Gates Announce Divorce After 27 Years Of Marriage 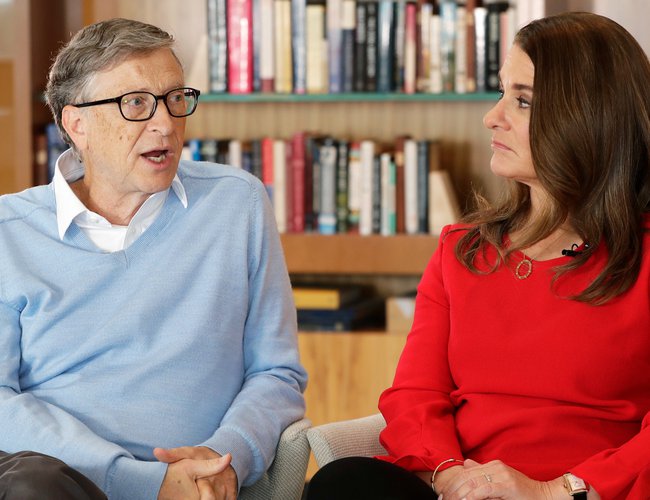 Billionaire Bill Gates and Melinda Gates said in a joint statement on Monday that they have made the decision to end their marriage after 27 years.

"After a great deal of thought and a lot of work on our relationship, we have made the decision to end our marriage," the two said in a statement posted by Bill Gates' Twitter account.

"We no longer believe we can grow together as a couple in the next phase of our lives. We ask for space and privacy for our family as we begin to navigate this new life," their statement said.

In her 2019 memoir, "The Moment of Lift," Melinda Gates wrote about her childhood, life and private struggles as the wife of a public icon and stay-at-home mom with three kids.

She won Gates' heart after meeting at a work dinner, sharing a mutual love of puzzles and beating him at a math game.

The couple's sprawling Seattle-based foundation is easily the most influential private foundation in the world, with an endowment worth nearly $50 billion. It has focused on global health and development and U.S. education issues since incorporating in 2000.

The couple were married in 1994 in Hawaii. They met after she began working at Microsoft as a product manager in 1987. Last year, Bill Gates, formerly the world's richest person, said he was stepping down from Microsoft's board to focus on philanthropy.

Gates was Microsoft's CEO until 2000 and since then has gradually scaled back his involvement in the company he started with Paul Allen in 1975. He transitioned out of a day-to-day role in Microsoft in 2008 and served as chairman of the board until 2014.

The Gateses will be the second high-profile Seattle-area billionaire couple to end their marriage in recent years.

Amazon CEO Jeff Bezos and MacKenzie Bezos finalized their divorce in 2019. MacKenzie Scott has since remarried and now focuses on her own philanthropy. She received a 4-percent stake in Amazon, worth more than $36 billion.

Severodonetsk Under Full Occupation By Russia By Agencies 15 hours, 47 minutes ago

Ukraine Poised To Launch Counteroffensive By Agencies 1 day, 15 hours ago