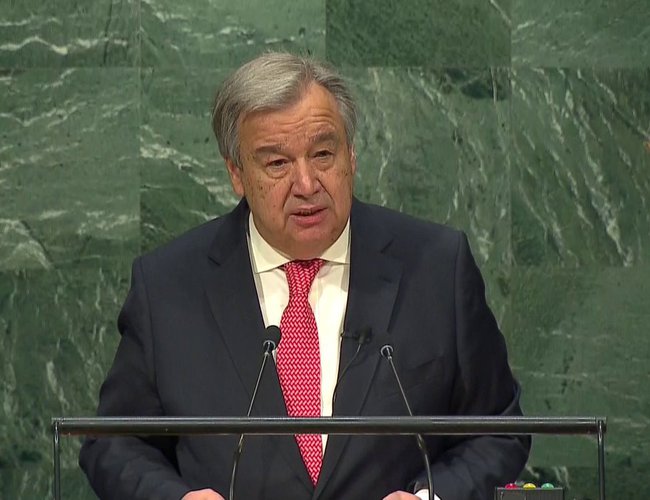 United Nations Secretary-General Antonio Guterres called on Wednesday for the need to double the capacity of COVID-19 vaccine production and for fairer redistribution of the shots in the developing world, which faces new waves of the coronavirus.

Many countries are experiencing shortages of the vaccine, especially India, worsening a dire second wave of infections that has left hospitals and morgues overflowing while families scramble for increasingly scarce medicines and oxygen.

At the same time, the European Union has reserved a surplus of the vaccines.

"It is totally unacceptable to live in the world, in which developed countries can vaccinate most of its population, while many developing countries have not access to one single dose," Guterres told a briefing after meeting Russian foreign minister Sergei Lavrov in Moscow.

He mentioned the risks of coronavirus mutations and new variants as the virus spreads "like wildfire" in different parts of the developing world.

"So, that's in interest of everybody that everybody is vaccinated everywhere. We believe that we need two things: to double the world's capacity of production of vaccines and at the same time to have a more equitable distribution of vaccines", Guterres said.

Six MoUs Signed Between Nepal And India By Agencies 1 day, 19 hours ago