There Need To Strike Balance Between Development And Environment: Chief Secretary Bairagi

There Need To Strike Balance Between Development And Environment: Chief Secretary Bairagi 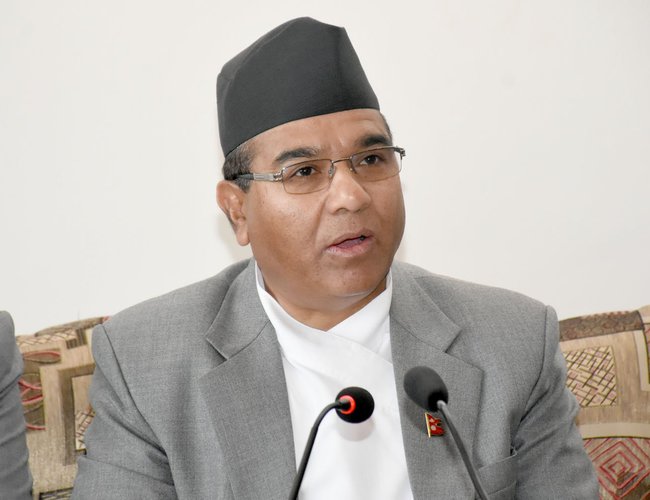 Chief Secretary of the Nepal Government, Shanker Das Bairagi has pitched for a striking balance between development and environment.

Shedding light on the development based on green economy in the developing country like Nepal, he said however the environment should in no way be appeared as an impediment to address the aspirations for development.

At a virtual programme organized by the Ministry of Forests and Environment on the occasion of World Environment Day today, chief secretary Bairagi stressed that Nepal’s contributions to the environmental protection should be strongly highlighted in the international forums.

On the occasion, he shared that the ‘Sagarmatha Dialogue’ which was adjourned due to COVID-19 would be hosted on coming October. Though there is no paucity of policy and laws for environmental protection, there are some gaps in practice even at global level, he asserted.

As the environment is a multi-dimensional issue it, therefore, requires collective collaboration for the sustainable management of environment, chief secretary Bairagi added.

Stating that the Ministry had initiated a program to plant 15 million saplings in the coming fiscal year, he said that it was a good indeed that forest area covered 45 percent of the country's land, but again work was needed in other areas. He said that impact of climate change and environment would be larger in Nepal-like country characterized by geographical diversities and vulnerable topography, Secretary Kandel said that Nepal's policy and structural arrangements for environmental sector were good but there was a need for broader partnership.

The Ambassador of the United Kingdom to Nepal, Nikola Polit, said that control of pollution, improvement of air quality, tree planting and so on were required in every ocean to protect the environment. “Nepal which lies on the foothills of Himalayas is rich in ecosystems,” he said, adding that various works were being undertaken out under the assistance of his country for the restoration of biodiversity and natural systems here.