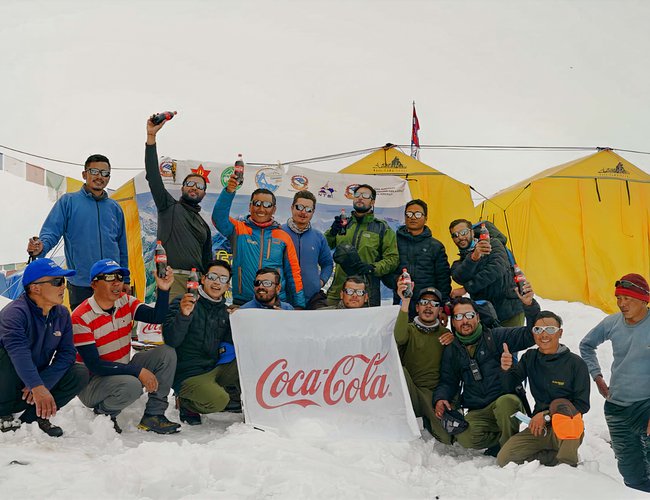 At a virtual press conference, Coca-Cola in Nepal marked World Environment Day by providing an update on the World Without Waste program and announced the conclusion of the second edition of one of the largest mountain cleanup programs in the world, “Mountain Cleanup Campaign 2021”.

Over 27,671 kilograms of waste,04 dead bodies, and 01 human remains was collected from six mountains, the Mount Everest, Lhotse, Makalu, Dhaulagiri, Pumori and Ama Dablam was collected and brought back to Kathmandu and handed over to Avni Venture for further segregation and recycling.

Director of the Mountain Cleaning Campaign, Brigadier General Himanshu Khadka of Nepali Army, said “Mountain Cleaning Campaign – 2021, a Nepali Government initiative led by the Nepali Army, concluded successfully after retrieving 27.6 tonnes of garbage and four dead bodies from six different mountains, despite the raging COVID-19 pandemic and two cyclones Tauktae and Yaas. This was possible due to the unwavering support from our environmentally responsible partners. We appreciate the continued support ofCoca-Cola for the noble cause of saving the Himalayas for the future generations.”

The campaign led by Nepali Army with support of Coca-Cola and other multi-stakeholders is aimed at protecting the mountains and minimizing the effects of climate change by cleaning up the six highest peaks of the country. Coca-Cola has supported the mountain cleaning program since its inception in in 2019 with the aim of working towards protecting the environment and conserving the natural pride and beauty of Nepal.

World Without Waste was launched in 2018, this program is Coca-Cola’s global commitment to collect and recycle the equivalent of 100% of the packaging it sells by 2030. In Nepal, the company is trying to achieve the global vision and targets by using a local approach and by building long-term partnerships with our bottling partners, the government, NGOs, industry peers, and local communities using the Design-Collect-Partner framework.

Talking about the efforts made by BNL on sustainability, Mr. Pradip Pandey, Managing Director of Bottlers Nepal Ltd. shared, “In the area of waste management, we have led multiple initiatives that have provided the necessary impetus to the challenges of responsible waste management and recycling of PET bottles. Through various programs like the mountain cleaning campaign and placement of informative PET collection bins at strategic locations, we have created awareness in the community regarding waste segregation, packaging and recycling.”

Coca-Cola works hand-in-hand with local municipalities, businesses, citizens & waste pickers to emulate a multi-stakeholder approach towards finding a solution to recycle PET waste. The company has taken the lessons learnt from global initiatives targeted to create and accelerate collection and recycling systems and adapted them to the local setting in Nepal 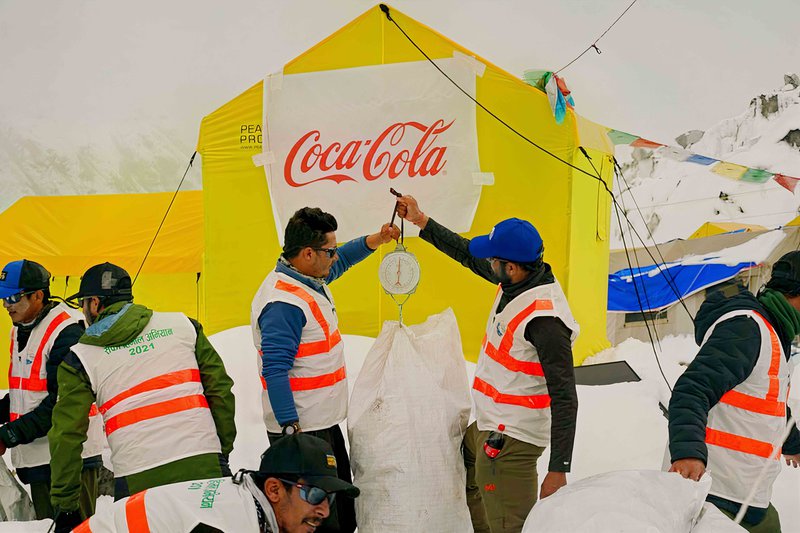 Adarsh Avasthi, Country Director, Coca-Cola in Nepal said “Our flagship program, World Without Waste, is one of a kind in Nepal, where we are re-thinking our packaging design, innovating the way our used packaging is collected and collaborating to ensure packaging is recycled. We have partnered with industry peers, environmentalists, government, and civil society organizations to implement a plastic circular economy and promote recycling in Nepal.”

Coca-Cola’s partnerships are working to create community-led integrated plastic waste management systems, promote efficient recycling and uplift the waste worker community. The companyhas partnered with local and international organizations like CREASION, WWF Nepal, Himalayan Climate Initiative (HCI), Nepal Youth Council and others to scale up our waste management efforts and bring about a renewed focus on creation of a plastic circular economy

Furthermore, to create awareness and educate the community on giving a new life to PET bottles through a recycling process, Coca-Cola teamed up with Doko Recyclers (social enterprise that manages and recycles dry waste) and launched the “Refresh & Recycle” campaign and placed 10 informative PET collection Bins in different prominent public locations of the Kathmandu valley.Coca-Cola is also collaboratingwith Blue Waste to Valuefor an in-depth evidence-based report on PET recycling and the circularity around it in Nepal This will provide a broader outlook for future interventions in waste management in Nepal.

World Without Waste is the next step in the company’s ongoing sustainability efforts, building off success in replenishing an estimated 100% of the water it uses in its final beverages. These efforts are part of the Company’s larger strategy to grow with conscience, by becoming a total beverage company that grows the right way.