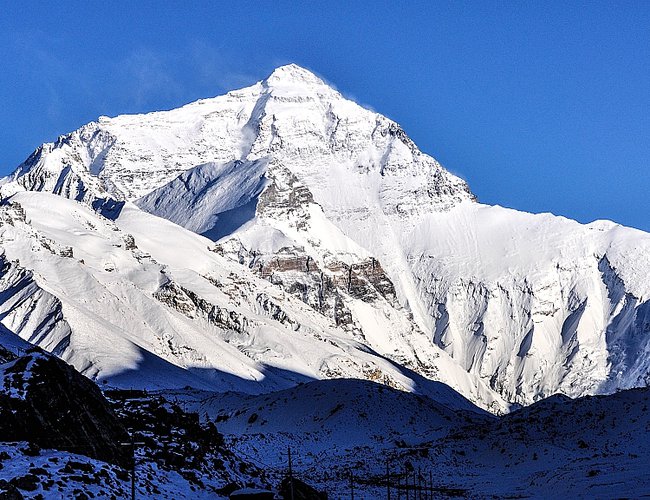 Both Ayer’s Rock and Everest are anachronisms in this 21st Century. They are remnants of history, the moorings of which now need to be corrected. Uluru is sacred to the Anangu aboriginal people of the Northern Territory of Australia and should not have been renamed Ayer’s Rock after an institutional head of that period. This marvel of nature, characterised by naturally changing its colours periodically, became a favourite site for hiking and climbing to the top over the course of years. This sacrilege has now been thankfully rectified and stopped. The foreign invaders had the unlawful practices of claiming rare sights and locations as their own discoveries and changing their names according to their wishes. Livingstone for example, named the great water fall in Africa after his monarch Queen Victoria, when the original local name Musiotanya meaning the river that roars was more apt and authentic. One thinks at this time of our own mountain Machapuchere on the peak of which no human has stood. Climbers of all foreign expeditions have honoured this custom.

Cecil Rhodes, an English boy sent to Africa in his teens became ultimately the Prime Minister of the land. Two surrounding areas which were at one time known after him as North and South Rhodesia now go under the names of Zambia and Zimbabwe, respectively. Cecil Rhodes set up the well-known Rhodes Scholarships at Oxford, his alma mater. This has been availed by many famous personages from all over the world. However, Rhodes is now labelled as a ruthless imperialist and a white supremacist, in line with the current worldwide change of human attitudes. A pending demand is that monuments to him be removed. His statue in front of Oriel College in Oxford has suffered this fate. Demand is being made for a statue at the University of Cape Town to be taken down.

Bristol was involved in the slave trade conducted by English merchants in the 17th and 18th Centuries. Ships from there would go to places in Africa e.g., Angola, Nigeria or elsewhere, capture locals as slaves and take them to the Caribbean or the Americas to work in sugar or tobacco plantations. Bristol as a city with locations named Guinea or Jamaica Street developed because of profits from this slave trade. Edward Colston, benefactor of the city was also one involved in this trade. A statue erected there in 1895 in his honour was toppled in mid-June 2020 and discarded in the wake of the Black Lives Matter movement in the UK.

Great efforts had been made in Canada in the past to change the ways and living of the original indigenous or First Nations individuals as per European thinking. Various Christian Church authorities in parts of the country forcibly separated indigenous children from their families and put them into residential schools purposely set up elsewhere. The children in such institutions greatly suffered from emotional and physical hardships. Many succumbed and were buried in the school grounds. This state of affairs continued till the second half of the 20th Century. Excavations at two such residential schools run by the Roman Catholic Church at Kamloops and St. Eugene’s, Cranbrook, British Columbia revealed that nearly 215 and 182 children respectively had been secretly buried in the school grounds. Similarly at Marieval Indigenous Residential School, Jasmin, Saskatchewan, about 715 children who had probably of negligence, were also secretly buried in the school compound. A number of churches have recently been burnt down. Egerton Ryerson, then Director of Education, Upper Canada, was responsible for implementing this policy. An able, administrator, he is now under severe criticism and one of his statues was defiled with paint and toppled. In June 2021, another at the premises of Ontario Legislature had the head decapitated and thrown into the harbour. Canada Day on July 1st was subdued affair but as a sign of protest statues of Queen Victoria and Queen Elizabeth II at Winnipeg, capital of Manitoba Province was toppled.

Mahatma Gandhi’s statue, gifted by India to the University of Ghana at Accra has been removed because of the charge that Gandhi looked down on the black Africans and was a racist. Even his and Sir Winston Churchill’s statues in Parliament Square, London were boarded up at one time to protect from vandalism!

As early as 1930 CE, Nepali historian Baburam Acharya had suggested that Mt. Everest should be renamed by Nepal as Sagarmatha meaning ‘Forehead in the sky’. The Sherpa and the Tibetan names are Chomolungma and Quomolongma respectively, both meaning ‘Goddess Mother of the Mountain’. An attraction for climbing, mountaineer Mallory when asked why he was doing so, had replied, “Because it is there”. The Sino-Nepal demarcation, as passing along the Sino-Nepal Himalayan border has been agreed upon by the two leaders Chairman Mao Tse Tung and Premier BP Koirala. Chairman Mao is said to have suggested re-naming Everest as Friendship Peak. BP disagreed. In this context one may recall that it was Andre Waugh, who on its discovery labelled it as Peak V. Its height was estimated by a Bengali Radhanath Sikdar, a mathematician at the geological survey headquarters, on the figures supplied by one Nicholson, a co-worker. Ironically, the mountain came to be named after Colonel Sir George Everest, who was the first Surveyor General of India, 1830-1843. Our government must rectify this decision of the colonial past. Our premier KP Oli is in a position to do so now and draw the attention of the world. Taking Chomolungma as a Nwaran name and Sagarmatha as the calling name for the mountain will be appropriate to our national pride and culture. With the worldwide decline of colonialism, Burma changed its name to Myanmar, Ceylon to Sri Lanka and Gold Coast to Ghana. India after Independence has been changing the names of various cities such as Bombay, Bangalore, Calcutta, Cawnpore and recently Allahabad.