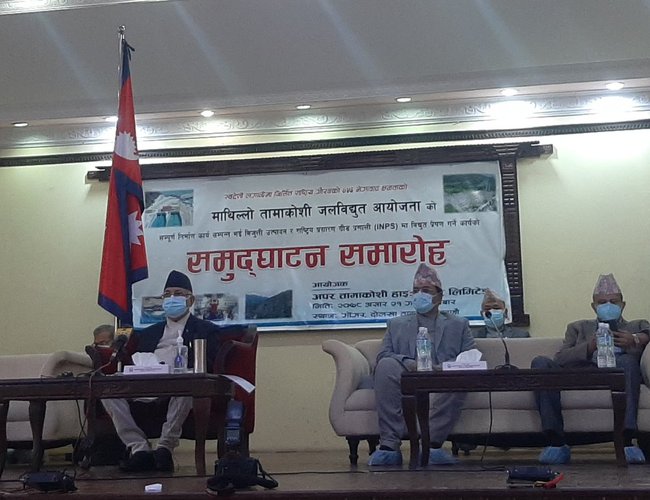 Of the total 456-megawatt power, the first unit of the project generated 76 megawatts, according to project officials.

The project today supplied electricity to the 220 KV transmission line from its powerhouse to Khimti, meant for charging the power grid.

The power generated in the project supplied to Dhalkebar via New Khimti Substation and then linked to the national system.

Likewise, the second unit of the project is also expected to generate power by mid-July. There are a total of six units in the project.In the initial days, the total cost of the project was estimated at Rs 35 billion, but the total expenditure of the project has reached almost Rs 80 billion due to fluctuation in the exchange rate of the US Dollar, interest rate, natural disasters, among many other reasons.

IFC Appointed Riccardo Puliti As Its New Regional Vice President For Asia And The Pacific By NEW SPOTLIGHT ONLINE 3 days, 9 hours ago

Finance Ministry Cut The Budget Of Purchasing Newspapers And Printing Under its Austerity Measures By Agencies 3 days, 21 hours ago