Why Did The Private Sector Collectively Support The Nepal-India Railway Agreement? 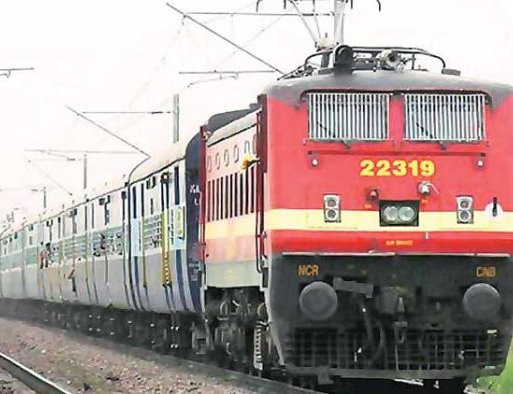 The two neighboring countries have recently amended the Railway Service Agreement to boost Nepal-India bilateral relations. According to the revised text of the Letter of Exchange, all official private container train operators (Indian and Nepali) will be able to use the Indian Railways network to carry carriers for import or export to Nepal and this is expected to end the monopoly of the Government of India on Container Corporation of India.

A cursory review of history shows that the railway agreement was signed in 2004 and both sides have tried to amend it several times in the past. As both countries plan to expand and expand cross-border rail services for both passenger and cargo facilities, it was necessary and necessary to amend the agreement without delay.

The recent amendment to the 17-year Railway Service Agreement (RSA) has removed long-standing barriers that Nepal has faced, especially towards resolving problems in the import and export of goods through Indian railway services.

This liberalization will help Nepal to enter the rail container freight segment, and it is likely to reduce transportation costs in the medium term, benefiting consumers. The new agreement will be implemented with the support of the two cabinets.

The agreement also allows Indian railway freight services to bring goods and pick up goods from border points other than Raxaul / Birgunj. The agreement extends the existing limited cargo traffic and the expansion of facilities from various Indian ports to industrial areas bordering Nepal.

Experts and officials who have been planning to expand cross-border railway networks between Nepal and India said the agreement has also opened up a new relationship of cooperation in the Nepal-India trade and transit sectors.

The current railway agreement will be amended again after 10 years. The agreement seems to facilitate trade and imports of goods imported by Nepali industries. The amendment makes various provisions regarding the use of Indian rail services for trade with third countries and the regulation of rail transport in bilateral trade with India. Now private railway service providers in India will be able to provide rail transportation to Nepal. Similarly, all licensed cargo train operators providing rail services in India will be able to provide services for transit to Nepal.

All types of containers and wagons licensed for operation in India may be used for targeted transportation to Nepal. Similarly, locomotives brought into operation by private service providers will also be targeted to Nepal.

Similarly, the railway service agreement has been amended so that trains and wagons owned by Nepal Railway Company can provide train service from Birgunj and Biratnagar to Kolkata and Haldia for the transportation of transit cargo to Nepal.

In the past, service charges for railway services for import and export to Nepal had to be paid in advance in Kolkata, so an arrangement has been made to pay directly through Nepali Commercial Bank. It is hoped that the amendment will further strengthen trade and transit ties between the two countries.

It has also been agreed that the railway service will be expanded on the basis of agreement at other transit points of Nepal-India border and bilateral trade ports. At present, Nepal does not have its own freight train and wagon. Due to this, for some time, private railway service providers and train operators in India can provide services for the transit of Nepal. The Federation of Nepalese Chambers of Commerce and Industry (FNCCI), an umbrella organization of the private sector, the confederation of NEpalseIndustries and the Nepal Chamber of Commerce (NCC) have welcomed the amendment to the railway service agreement. These organizations have also requested the governments of both the countries to adhere to the revised agreement. Therefore, the big issue now is how to implement it. The transit agreement with China in 2016 shows that the agreement alone will not work.

According to the revised agreement, trains and trains owned by the Nepal Railway Company will be able to provide train services from Birgunj and Biratnagar to Kolkata-Haldia for the purpose of transporting transit cargo to Nepal. Once the railway infrastructure is ready in Biratnagar, Bhairahawa and Inaruwa, the existing railway service in Birgunj, Nepal will be easier to trade with third countries.

At the "Maritime India Summit 2021", the Minister for Physical Infrastructure and Transport said that the government has started the process of launching water transport on the country's largest river.

Due to the fact that Nepal is a landlocked country, Asian countries can help Nepal to overcome the difficulties seen in its geographical and economic problems. Nepal's trade with India plays an important role in South Asian countries. Because the country has an open border of about one thousand kilometers. Therefore, for any trade policy to be successful, it must be in a way that addresses and integrates the Indian market.

The geographical reality of Nepal is that Nepal is not only landlocked but also landlocked in such a dilapidated way that it is unlikely to depend on countries other than India for transit. Although Bangladesh has allowed the use of the Mongla port using the Phulwari-Bangalaband route, the route has not been as profitable in terms of infrastructure and cost. There is even an obligation to go to Indian soil.

For the time being, the Chinese transit route is completely impractical for Nepal as India is the major transit country for Nepal in terms of distance and also for economic movement of all commercial traffic. Although China has also signed various transit protocols, only time will tell how practical and practical they will be.

During the cursory review, Nepal and India signed the RAS in 2004. It was repeatedly demanded through a detailed evaluation of the agreement, two meetings held in 2009 and 2012 - the signing of the agreement failed to produce meaningful results. Due to the increase in trade and transit with other countries, Nepal is demanding expansion of rail services to all trading points across the country. The 2004 RAS only included rail transport from Kolkata to Birgunj.

In the 17 years since the agreement, the nature and volume of trade has changed dramatically, so timely evaluation of the agreement is necessary. There is a need for expansion of container and bulk cargo services, ways to use for transit of Janakpur-Jainagar railway, and railway links (meters and broad gauge) which are addressed in the current agreement.

Nepal will have to implement Electronic Cargo Tracking System (ECTS), Nepal will have to make maximum use of Vizag port and demand Dhamra port for future transit transport. The key issues for the effective operation of the Vizag port for Nepal need to be addressed: there was no transparency and no tracking / tracing system for containers to be moved from Vizag port to ICD Birgunj. Nepali merchants have to rely on the CAA / shipping line for real information which is not provided on time basis. Due to the unavailability of the Consulate General of Nepal at Vizag Port, the documents are sent from the new National Embassy to Vizag Customs through Nepal Rastra Bank "to proceed". The whole process is cumbersome and time consuming.

If the transit from the load port to the destination port is delayed for more than the transit time, the agreement is expected to address the problems of the business community due to the ongoing monopoly of the newly arrived agency in ICD.