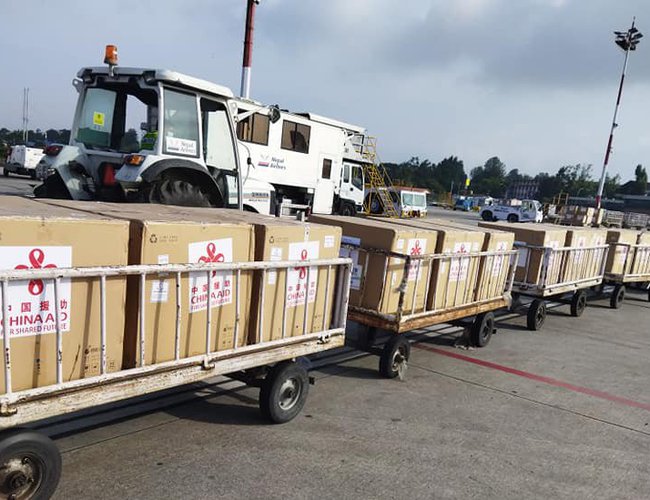 The import of Vero Cell vaccines from China has been delayed by six days.

The aircraft of Nepal Airlines Corporation (NAC) was ready to fly to Beijing to fetch vaccines today, the flight got canceled after China informed Nepal that some preparations were yet to be done.

He also informed that the NAC had framed a new schedule to bring vaccines on July 21, 22 and 23.

Prior to this, the government had brought 896,000 doses of Vero Cell from China on July 9. The government has informed that a total of four million doses of vaccines would be imported from three medical cargo flights.

The NAC's A330 wide-body aircraft can transport 17,600 boxes of vaccines at once. One box of vaccines includes 46 doses.

One Died And Scores Of Building Damage In The Bajura Earthquake By Agencies 3 days, 5 hours ago