Tokyo Olympics Opening Ceremony To Be Held On Friday

Tokyo Olympics Opening Ceremony To Be Held On Friday 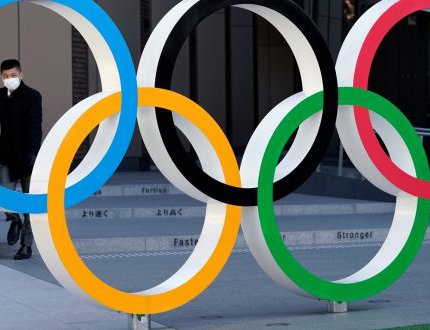 The opening ceremony of the postponed Tokyo Olympics takes place on Friday. Attention is focused on how far the organizers can stop the spread of coronavirus infections among athletes and staff during the event.

The ceremony will be held at the National Stadium in central Tokyo. The Games were postponed by one year due to the pandemic. It is the first time in 57 years for the Japanese capital to host the Olympics.

There are a record-high 33 sports at this year's Olympics. More than 11,000 athletes from about 200 countries and territories are competing. The Olympics will continue through August 8.

Spectators are barred from most venues, including that of the opening ceremony, as Tokyo is under a coronavirus state of emergency due to a resurgence in infections. The emergency declaration will remain in place during the Olympics and continue through August 22.

Dozens of infections have already been confirmed among athletes and staff involved in the Olympics, fueling public skepticism on the safety of the Games.

The Games' organizers have also been hit by scandals in recent days.

A composer of music for the opening ceremony resigned after it emerged that he spoke in past magazine interviews about having abused classmates and other students, including those with disabilities. An opening ceremony director was dismissed for Holocaust-mocking remarks he made as part of a comedy act in the past.

The head of the Games' organizing committee, Hashimoto Seiko, said she is aware that many people have mixed feelings.

But she added she wants the Games to be a stage that can remind people of the power of sports at a time when the world is facing adversity.