Changing Perception Changes Everything: A Paradigm Shift In Consciousness

Albert Einstein once said, “No problem can be solved from the same level of consciousness that created it.” 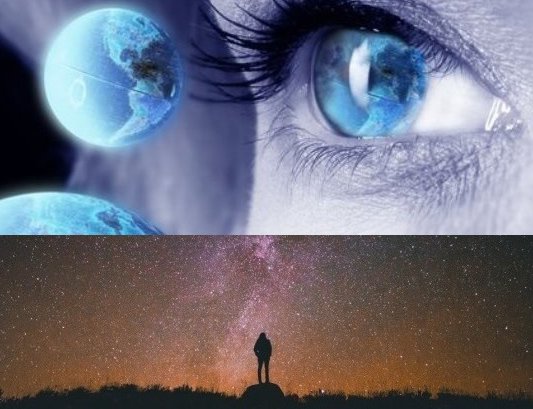 I was sitting on my desk while a few houseflies were taking full pleasure in bothering me. They would sit on my keyboard, on my computer screen and even on my nose and ears. As time went by I was increasingly irritated by their random flights all over my desk. I was like, why the hell you don’t mind your own business and leave me alone. Of course, they didn’t answer me and it was my turn to do something about it.

With a swift move of my right hand, I caught one of them. I could sense its flapping inside my fist and hear its awful buzz. I was so annoyed by now that I threw it on the floor at once with every force I could gather. Then I looked for it on the floor and found it lying under the table. It fluttered, twitched a bit and then went motionless. With my leg, I gently swept it aside just to keep it out of my sight. Was I successful? Yes, and No!

I couldn’t wipe it off my head, even though the existence of this fly was history by now. Twenty milligrams weighing creature hit the cement floor with all the force I could gather in my hand. It must have felt like a person thrown off the Eiffel Tower and hit the concrete on the ground at free-fall acceleration. Not exactly! Hmm, but something like that.

After a while though, I couldn’t stop thinking from the housefly’s point of view. It was a confined room and the fly had nowhere to go. The room was fairly clean and airy but it somehow got trapped inside. The fly had no clue of entering the so-called human territory, for which reason it would be punished to death. Even if it wished to get out, it didn’t know how to enact it. The housefly couldn’t ask for help, neither could it generate clever ideas of its own.

I looked around. Still, there were a couple of other flies roaming around. I thought they must be friends and families of the one lying dead on the floor. I caught them one by one in my fist, as gently as possible, and quickly walked out the door to release them in the open. It felt good to see them waving in the wind already. Afterward, I liked to think that those houseflies must be enjoying the green grass, flowers, fruits, trees, and plenty of open space to take unrestricted flights. Nevertheless, I wished not to see them back in my room again, for obvious reasons.

While I was carrying out the above project, I knew something had moved or shifted within me. Could this movement inside my head be responsible for my heightened sensitivity and renewed disposition towards the houseflies? At the time, I couldn’t figure out exactly what it was; hence, it was hard to put my finger on it.

Albert Einstein once said, “No problem can be solved from the same level of consciousness that created it.” I always wondered what it really meant. So, I wanted to dive in a little deeper. When one identifies a problem or a difficult situation, there are essentially two major entities involved; the problem/situation itself (which our thought treats as being separate and wants to have control over) and the consciousness(which resides within us and looking into the problem or the circumstances).

The problem can be as complicated as rocket science or it may be about some mundane disagreement with your loved one. Often we try to tackle the problem while keeping our rigid assumptions, the fundamental basis of our thoughts and thinking process, unaltered. Meanwhile, we are actually trying to piece together various permutations and combinations around the first entity (i.e. problem), however completely forgetting to exploit the second entity(i.e. consciousness) which is capable of subtly working at many different levels simultaneously, such as sensory, emotional, psychological, cognitive, intellectual, etc.; the extent of which we may probably never know about.

Whenever life you find yourself painfully confused, profoundly stuck or faced with some stubborn problem (physical as well as emotional), it causes psychological distress resulting in disoriented thoughts all over. Everything starts looking fuzzy and stops making sense at all. You may even lose track of your awareness, actions, and eventually meaning in life itself. After all, we are all deeply rooted in our individual meaning and do stuff if we find them meaningful.

We may not notice it in our everyday life, but significance, purpose and value are the driving forces behind one’s personal interpretation of meaning. If you didn’t have a sense of meaning you wouldn’t even consider getting up from your bed every morning. Some may find meaning in chopping trees to feed their children, while others find meaning in planting trees to save the planet. However, it is unfortunate that people also try to find good reasons (hence meaning) to be angry, selfish, hateful or even to wallow in self-pity.

Every individual shapes his/her own personal meanings and acts accordingly. It is therefore they sometimes can be radically different from one another, thus bound to be in perpetual conflict; especially when they stick with their personal assumptions, based on which they shape their thoughts as well as their expectations. Could this be the reason why human aspirations around the world are polarized in the name of culture, ethnicity, politics, religion and nationality?

As long as there is meaning, it will be nothing but smooth sailing. I encounter a problem when my expectations aren’t met or, in other words, when I'm unable to see the meaning. Consider this: when I fail to perceive meaning in thoughts/actions of my own or things/events/ideas around me, as you may have guessed already, I feel stuck, I’m in conflict, and suddenly I have a problem (with someone, about something or within my own thought) one way or another.

So, what do I do? Usually, I simply take a break and walk away from the problem for a while. Sometimes, though, I take it further and do either nothing or do all sorts of activities that may be completely irrelevant to problem-solving. If I can afford to spend some time alone, I may even take several steps back from the problem and try to visualize the bigger picture rather than focusing on the parts or fragments.

This exercise alone may not solve your problem straight away but would help subtly rearrange numerous possibilities of potential solutions to bring about order within your own consciousness. Nevertheless, you have to dare to think beyond just connecting the dots which are right in front of you and often quite obvious. Beware that these dots are more likely to be confined in a limited space and clung to fixed assumptions; operating through predefined principles, conditions and conventions, which must be challenged head-on. Hence, the expression goes, “Think outside the box”.

By zooming out you may see things in a wider canvas and, in doing so, you let various levels of your consciousness become accessible in more ways than one. The journey of introspection may eventually allow you to get back to your basic assumptions which might have initiated the problem in the first place.

The process is subtle, therefore difficult to analyze, describe or define until one actually tries and experiences it oneself. Please let me dare to try, nonetheless. For example, when I found houseflies to be a problem, I was driven by the assumption that they were just useless and irritating creatures with no value at all. I found no meaning in their existence, so to speak. Later when I decided to release them out in the open, I could have been subtly inspired by the new set of assumptions that the houseflies might not necessarily be the culprit here and they very well deserved to enjoy the nature same as us. Hence, the new set of assumptions created new meaning all of a sudden, probably bringing about a kind of paradigm shift in my consciousness. If you look closely, the new set of assumptions not only gave rise to new meaning but also entirely eliminated the problem, to begin with.

The shift in consciousness brought about increased sensitivity. It also changed your perception towards housefly altogether or it could be the other way round; whatever may be the case, it doesn’t matter what caused what. What really matters is that the renewed perception and sensitivity may have enabled you to see things more clearly by transforming your assumption first, then providing with new meaning, and finally creating a new movement of thought within your consciousness, call it a paradigm shift if you will.

If you really keep at it, this entire transformation process may inevitably alter your disposition towards the so-called problem. A paradigm shift in consciousness can be such that your entire being and meaning can change in the blink of an eye resulting in actions which are more coherent, harmonious and probably closer to the truth.

Shrestha is a freelance Consultant, MS in Risk Control & Safety Management; The author is passionate about the issues involving environment, occupational health, safety and sustainability for the planet, people and profit. Contact Email: OHSNepal@gmail.co