For the previous performance and role of Kul Man Ghising in ending the decades of load shedding and turning a virtually bankrupt public entity into one of the largest profitable ventures, the Government of Nepal reappointed him as the Managing Director of NEA with expectations that his second innings can help build sustainable infrastructure for a future without power cuts and for making NEA an efficient public entity. At a time when NEA’s financial state has started to worsen with a loss of over Rs.5 billion, increasing leakage by 6 percent and frequency of power interruptions in a matter of a year, MD Ghising has resumed his job. Given his experience and commitment, MD Ghising will change the present state of affairs at NEA 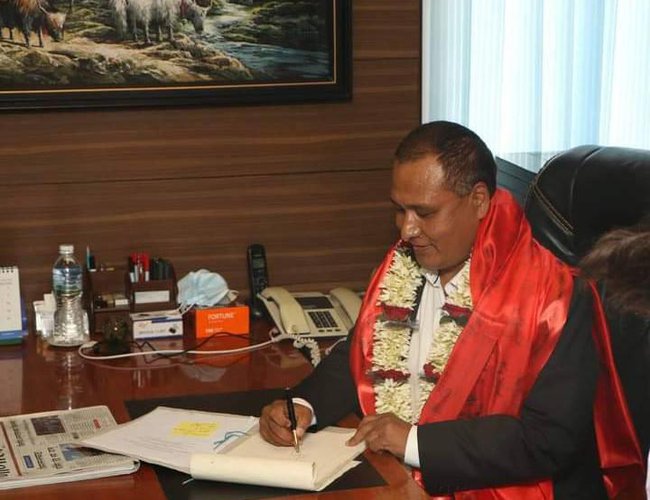 From the first day of assuming office as managing director of NEA, MD Kul Man Ghising has indicated that he will go for sleepless nights for months before setting up all the mechanisms with which he used to work before. Ghising was making the remarks before a large number of media persons and office bearers of NEA.

Interestingly, even hours before Ghising arrived to assume the office, hundreds of media persons spontaneously gathered at NEA to capture a glimpse of his return.

MD Ghising had made a number of achievements during his first tenure by creating proper institutions and support from NEA’s team. As all his creation has been dismantled and employees dispersed, MD Ghising’s first step would be to restore the systems.

Built by spending a lot of time and efforts, MD Ghising has to spend time once again in restructuring the system and placing right persons to right tasks. “Although this is one of the biggest challenges of my personal career, I accepted the responsibility endowed by the government upon me. I will fulfill my responsibilities with determination and uphold the high hope of the large number of well-wishers for bringing back the system for qualitative and uninterrupted power supply,” said MD Ghising. “As there are many challenges before me, I have also decided to work quietly for at least a month,” said MD Ghising.

What MD Ghising had achieved in his previous stint was because of his dedication and commitment as well as the support of NEA’s team and government. He will have to cultivate them again. 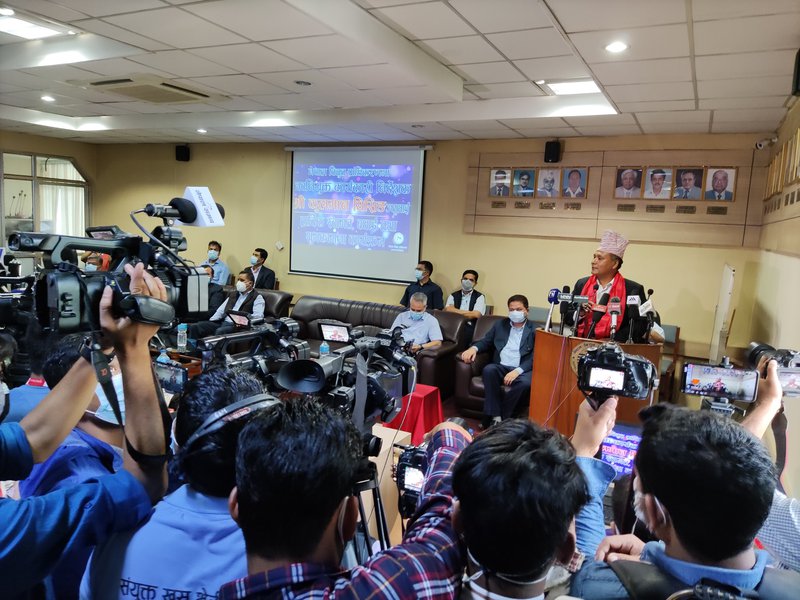 “I should not have come as MD of NEA. However, I returned to NEA and accepted the challenge to fulfill the responsibility given by the government and trust of a large number of public who want me to be in NEA to fulfill their expectations of supplying uninterrupted and qualitative electricity,” said MD Ghising. “I don’t have grudges against anybody. I will correct the mistakes of past and continue the good work. I have a vision to make NEA better. I don’t have any interest in back biting and opposing others. However, we have to work hard following the direction of the government and implementing the working plan,” said MD Ghising.

After a break of almost 11 months, Ghising is back again to lead Nepal Electricity Authority (NEA). However, the situation has worsened with figures going down, for example, to Rs. 3.38 billion from Rs.8.30 billion of a year ago. The leakage has increased from 15 percent to 22 percent and revenue has declined almost Rs. 5 billion.

He said that his primary priority is to further improve service delivery and good governance. He has expressed his commitment to solve the current frequent interruptions of electricity supply. He said that he will concentrate his effort to supply quality and reliable electricity to the consumers and common people.

“I will not give any chance to consumers to complain against the supply of electricity,” said MD Ghising. “I will take all necessary reforms to improve the situation,” said MD Ghising, expressing his commitments.

“My efforts will be directed to institutionalize the achievement made during the past, to increase consumption of the electricity, improvement of quality of electricity and regularity in the supply, completing the construction of transmission lines and distribution systems and projects. My focus will be to take initiative to start new projects, widen electrification, ensure institutional governance and improve service delivery. 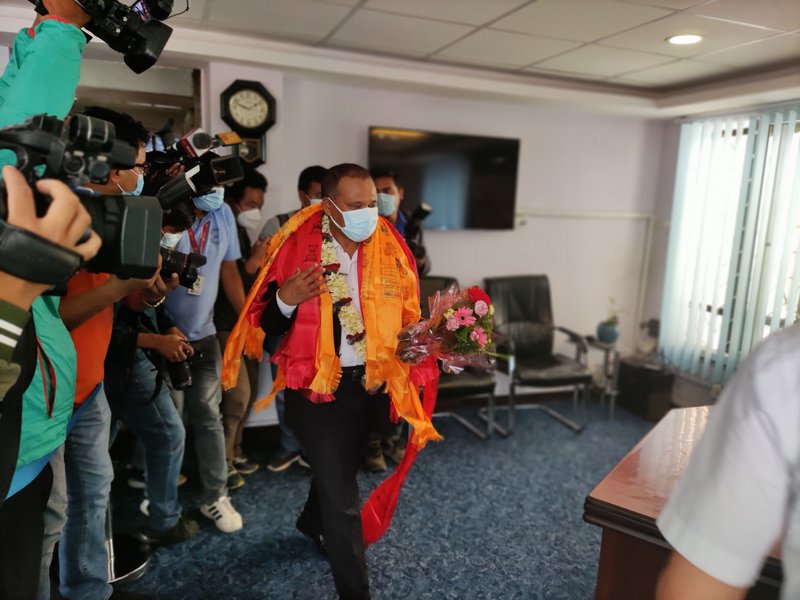 Deputy Executive Director of Financial Directorate Lekhnath Koirala expressed the hope that MD Ghising will succeed to reduce the current electricity leakage and increase the profit of NEA. Sick NEA needs a doctor and the MD is the doctor. Thus, now the tool is in MD’s hand on how to treat the sick person and treat him well.

Following the appointment of Ghising in NEA, incumbent managing director of the NEA Hitendra Dev Shakya has been transferred to the Ministry of Energy.

Ghising, during his four-year tenure at the NEA, was largely credited for ending the decades-long load shedding 'era' in Nepal and had made the institution profitable.

On the proposal of the Ministry of Energy, Water Resources and Irrigation, the Council of Ministers appointed Ghising as the managing director of the NEA. Ghising has been reappointed to the post for the next four years. Ghising has already served NEA successfully, earning huge support from the general public as well.

Ghising was appointed the managing director of NEA for the first time on September 16, 2016. In his first four-year term, he was not only successful in ending the chronic problem of power outage, commonly known as ‘load-shedding’, in the country but also turned the NEA into a profit-making institution, ending the years of loss-making trend.

When MD Ghising left NEA last year, the profit of NEA was over Rs. 12 billion, the profit margin was Rs.8.38 billion lower compared to the last fiscal year. The total revenue generation of NEA has drastically reduced making the huge loss in the profit margin.

NEA’s earnings are dwindling as a result of increase in leakage of electrical energy. The outgoing management also blamed this for the lower demand in manufacturing sector and large volume of import of expensive power from India. 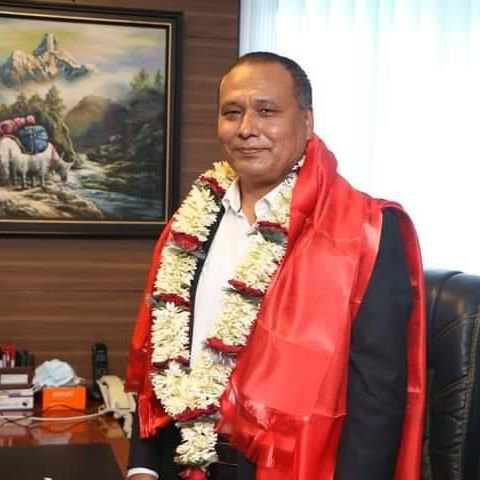 Thanks to the agreement signed during the tenure of Ghising last year, NEA has additional surplus of Rs.5 billion from Khimti alone. As per the new PPA with Khimti the average price of electricity was reduced from Rs. 8 to Rs. 2. Thanks to this, the NEA, which used to pay over Rs 5.5 billion yearly till two years ago, paid merely Rs 80.7 million this year. This had alone saved Rs 5 billion. However, NEA’s loss had increased steadily.

NEA’s administration blamed lower energy consumption due to COVID-19 Pandemic, higher leakages and new tariff and imports from India. If power consumption declined, why did Nepal import electricity from India?

As there is the need to improve distribution system and complete many transmission lines to prevent paying penalty to private sector investor, MD Ghising has to take many steps.

MD Ghising said he will show his work by doing it and that will be the priority for electricity. He also announced to formulate a plan to give priority to the sector.

At a time when NEA has to pay penalty for the private hydropower producers due to lack of transmission line, the priority of NEA is to complete the construction of all the transmission line projects so that NEA does not have to pay compensation. 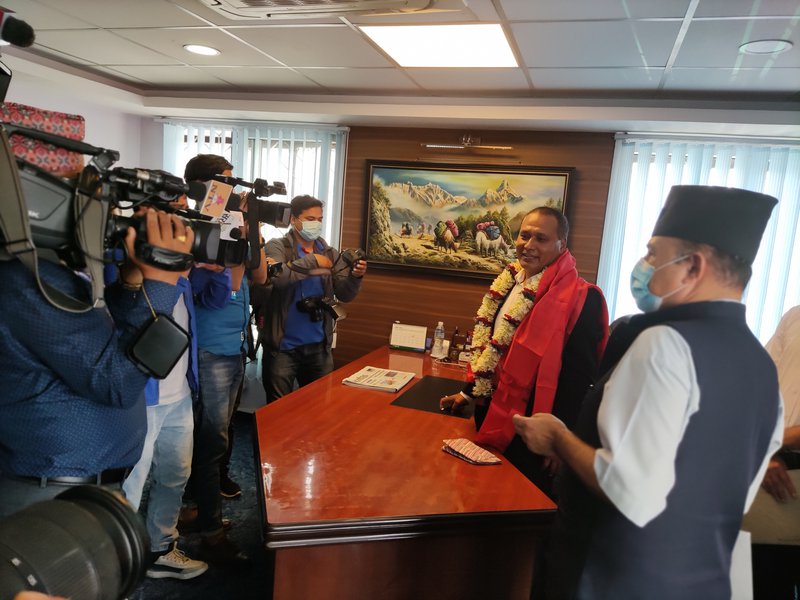 In his first four years, MD Ghising took charges of an institution which was nearly in bankruptcy and there were many incomplete projects including 456 MW Upper Tamakosi, which was badly shaken by earthquake. However, this time, his challenges are much bigger as he has to resume the work to reform distribution system to increase electricity consumption and complete the transmission lines to evacuate the energy from private producers. 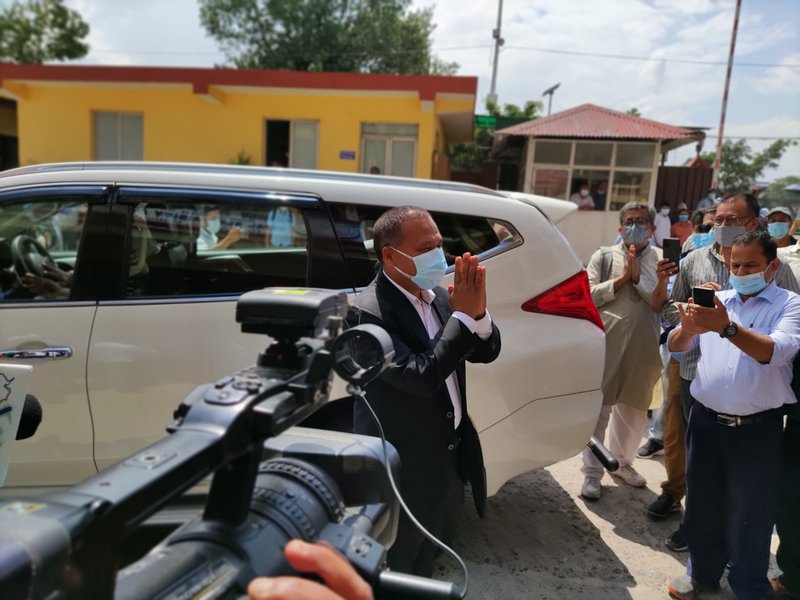 NRB'S DECISION Surrounding Controversy By A Correspondent 4 days, 10 hours ago

NEPALESE ECONOMY Growth 5 Percent By A Correspondent 5 days, 7 hours ago