Melamchi To Restore Water Supply From Mid-April Next Year

Melamchi To Restore Water Supply From Mid-April Next Year 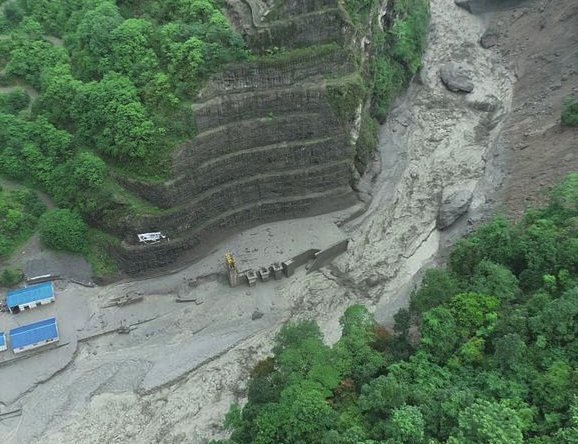 The Melamchi Drinking Water Development Committee, has worked out a plan to find access to the water project site so as to restore damaged structures reports RSS.

According to national news agency,the project had suffered significant damages from the June 15 devastating flood in the Melamchi River. The Committee has set a plan to (re)open the approach road in coordination with the Department of Roads, Nepali Army and the local governments to repair damaged structures and restore the water supply by mid-April 2022.

The project structures get covered under the flood sediments and the loss could be estimated once they became visible according to Committee information officer Rajendra Prasad Panta.

The project headwork remains buried under 10-15 meters of the flood sediments. The time to restore the project could be tentatively estimated once the loss is assessed, it is said.

According to RSS, Information Officer Pant, said that they were thinking of alternative water diversion, as it was not possible to divert water from the headwork immediately.