The Life Of Iraq's Yazidi Community

Yazidis fear a military solution might be required and are asking for serious attention to the previous miscalculations. 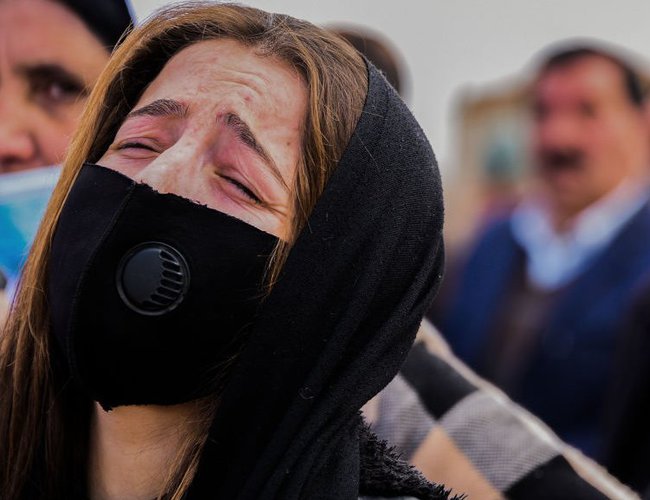 For almost a decade, Sinjar generated the world’s largest population of internally displaced peoples, which was a consequence of ceaseless political instability and wars. The city’s remaking under the watch of the international community did not stop Turkish airstrikes from claiming Yazidi lives and roving over large thwas of the country, making the recent years some of the hardest on record for Yazidis in Iraq, only a few days after the seventh annual commemoration on the Yazidi Genocide.

The Focus at the moment remains on the human tragedy, witnessing the bombing of a hospital being operated inside a school building. Two airstrikes hit the city within 24 hours. The hospital was run by YBŞ The Sinjar Resistance Unit, a local PKK affiliate, eight were confirmed dead. Its members in Sinjar have a role more akin to local police. They started out fighting IS and ended up providing education on hygiene and COVID-19 safety added Matthew Travis in a tweet, a Former Yazda Executive Director.

Murad Ismael, the President and co-founder of Sinjar Academy, Yazda co-founder and former Executive Director also says Iraqi Security Council is discussing the situation in Sinjar, Sinjar agreement, & condemns Turkish unilateral military actions. The council didn’t include any recommendations on how to effectively respond. We have asked to submit a formal complaint to the UN Security Council at minimum.

There will yet be time to puzzle over the woeful ignorance of the Government of Iraq and military, which through the years has accepted Turkey’s continuous attack on its sovereignty and paved the way for more foreign interference. Concurrent with the Afghan crises, most Western allies and friends of the Yazidi cause, including the U.S State Department Bureau of Near Eastern Affairs echoed the widespread dismay felt by their policymakers across the bureau over the sudden attacks, adding “we reaffirm our view that military action in Iraq should respect Iraqi sovereignty”. The United Nations Assistance Mission for Iraq (UNAMI) on its part, in a press release, expressed concerns and condemned the loss of lives in Nineveh, calling for immediate investigation.

Ismael, adds in a thread, by killing Yazidi civilians and locals in YBS, Turkey will create more enemies. We do not consider YBS as PKK. I am saying this clearly. They are our people and they can’t be classified “terrorists”. I and most Yazidis don’t want any armed groups in Sinjar, including PKK. The worrying developments in the region are sending alarms of yet another crisis that Yazidis are not at all ready to take. He earlier this week stated to Al-Monitor, Iraq is backed by all five members of the UN Security Council and can easily confront Turkey, at least by diplomatic means. Iraq is not powerless but has not acted accordingly so far.

Yazidis fear a military solution might be required and are asking for serious attention to the previous miscalculations. The silence and the utter desperation of the Government of Iraq do fundamental damage to their political and moral credibility in the region and globally. Maybe Yazidis once again should not have placed faith in a political process primarily built on personal interests. With struggles, they are coming together as a united voice.

Heavy aid agencies and international organizations' presence appears to have little or no effect on Turkey’s plan. Having invested considerable human and technical resources to continue nation-restoring efforts in the area. Decades from now, the images of Yazidis witnessing yet another catastrophic end to their stabilization dreams will be invoked as a vivid example of the Government of Iraq’s authority on its own territory. In the face of a blistering summer month, a country barely prepared for upcoming elections, the exceptional rise of COVID-19 cases, low vaccination rates and inequity and inflation hitting double digits, a Yazidi will have to again fear for their own life. The Government of Iraq is urged to take necessary moves whose time has come. If swift action is not taken, little can be done to thwart Turkey’s current advance. Their empowerment will lead to wide advocacy against the odds and to equal access and opportunities in the future.

Why Focus On Water Storage? By Dipak Gyawali 6 days, 13 hours ago