Throughout the years, the political system has made this fertile land of ours so poor that it cannot afford a decent life for those who dwell upon it 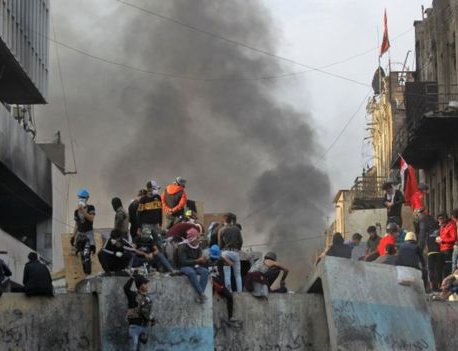 The dark cloud of the so-called “Free and Fair Elections” is again rooming over Iraq for the sixth time in the past eighteen years. While still facing economic, political, and social turmoil, a few days from now, on October 10th, 2021, Iraqis are due to head to the election polls. However, to our dismay, this election represents yet another illusion for transition to democracy and real policy reforms. In Iraq’s first free election in 2005, turnout was almost 80 percent. Since then, the figure has declined dramatically. In the most recent elections in 2018, the official turnout was only 44 percent.

The plain truth is, corruption is embodied in the government structure and the ruling elites continue to mobilize their utmost force to deepen the divisions. Renad Mansour, a Senior Research Fellow o Chatham House states in his latest to Just Security that corruption is part of the system. Therefore, poor governance- the root of the problem- should be addressed and not the actors, namely the elite, and their targeted population. He continues “Both Iraqi officials and the international community continue on elections as the channel to democratize Iraq. But more deeply rooted problems need to be addressed before any single vote can bring about change.”

Throughout the years, the political system has made this fertile land of ours so poor that it cannot afford a decent life for those who dwell upon it. Strapped of comfort and dignity that are now almost beyond our imagination. We come to realize that no candidate shares the common interests of the people. Despite the huge presence of western observers and diaspora Iraqi policymakers, Iraqis cannot spot any fundamental change in the political establishment and have little faith in its integrity. The history of the revolution went wrong and created a brilliant satire on the corrupting influence of power.

Judge Jaleel Adnan Khalaf, chairman of the Iraqi Independent High Electoral Commission overseeing the election on October 10th, told the Associated Press in an interview this week that it has identified and thwarted attempts of voter fraud. “What we hear here and there is that citizens are selling their voter cards,” he said, referring to a way for candidates to essentially buy votes. “The commission has set strict regulations and strict rules.” Despite Khalaf’s reassurances, Iraqis remain highly skeptical.

In 2019’s protests urged a change in the entire political system, wanted to ensure equal opportunities for all, returning undoubted economic benefits, adapting policies, cultivating a union spirit, a shared horizon, public and private sectors, practitioners, policymakers, and academics. Two years down the road, for them, it is not a question of justice anymore, but a moral obligation to continue what their brothers and sisters in the nation have started.

The government is believed to have killed 600 protesters and injured tens of thousands of others, the systemic violence against civil society activists continues, no perpetrator has ever been held accountable. The crimes can never be adequately compensated. The worsening totalitarian policies inflicted on many of the citizens will no longer serve the younger generations who are now well-informed, their resolutions will not falter. They want to give a shout of triumph but do not believe the October 10th election is the time.

Youths In Nepal Elections: From Social Media To National Platform By Sangya Dhakal 4 days, 23 hours ago