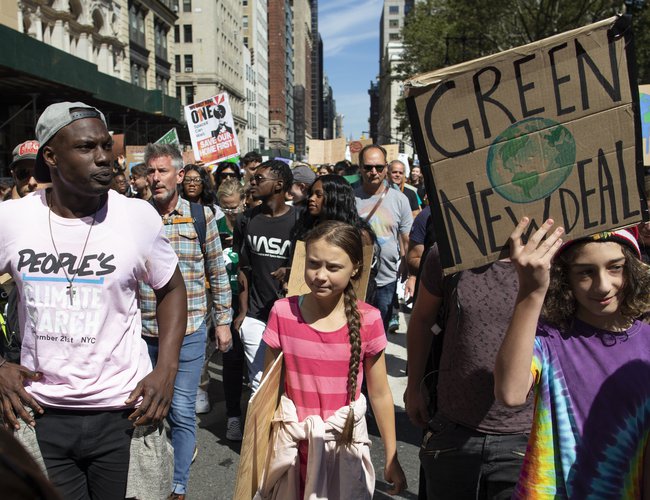 Masses of young people across the world have taken to the streets in a unified call for more action against climate change.

Organizers say Friday's demonstrations took place in about 1,500 cities in 99 countries and regions. They say 620,000 people took part in Germany.

The Fridays for Future movement initiated by Swedish activist Greta Thunberg called for the protests.

In London, more than 200 people gathered in front of the Houses of Parliament to call for an end to investment in fossil fuels.

Britain hosts the UN climate change conference known as COP26 at the end of October.

One organizer said they came to stress the importance of helping vulnerable countries, and to call on the British government to draw up a clear action plan.

More than 400 people across Japan gathered online. They called for more efforts in the country to tackle climate change, such as by not building coal-fired power plants.

A high school student who organized the event said they will continue to speak up ahead of COP 26 and Japan's general election.