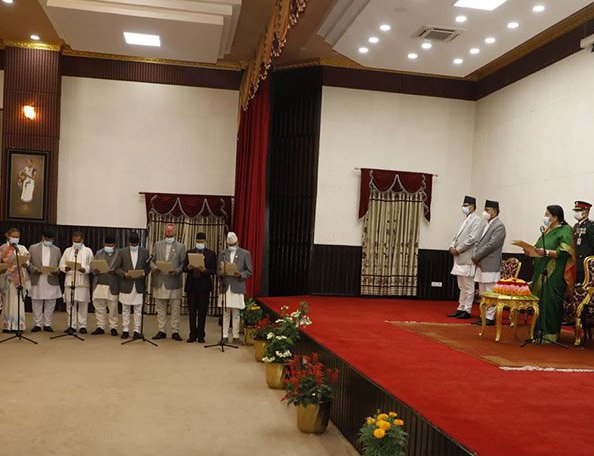 Three months after the formation of the government led by Prime Minister Sher Bahadur Deuba has got a full shape. Deuba’s cabinet included 3 ministers of state and 22 minister’s parties retained the major ministries like Home, Defense, Foreign and Information.

President Bidyadevi Bhandari reshuffled the Council of Ministers which was formed on July 13 under the leadership of Prime Minister Sher Bahadur Deuba on the recommendation of the Prime Minister as per Article 76, Clause 9 and Article 78, Clause 1 of the constitution of Nepal.

President Bidya Devi Bhandari administered the oath of office and secrecy to the newly appointed ministers at Shital Niwas, the Office of the President, today.

The President reformed the Council of Ministers by adding some new ministers in the Cabinet on the recommendation of Prime Minister Sher Bahadur Deuba as per Article 76 (9) and 78 (1). 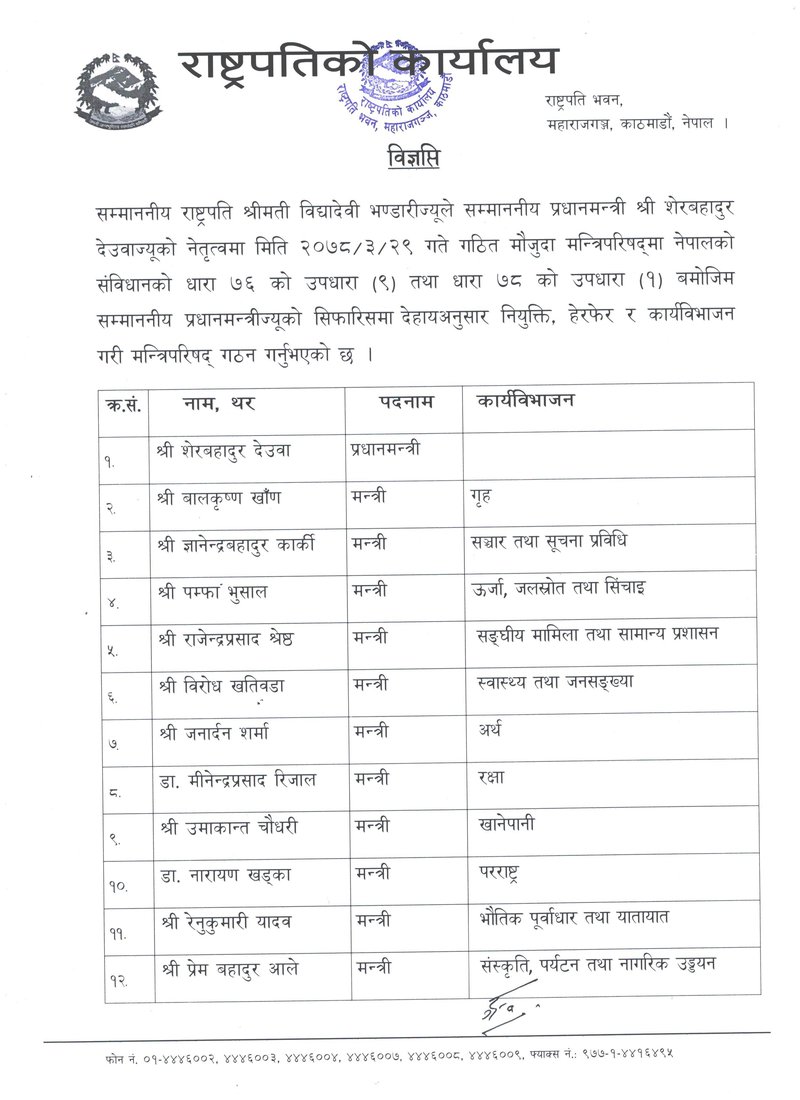 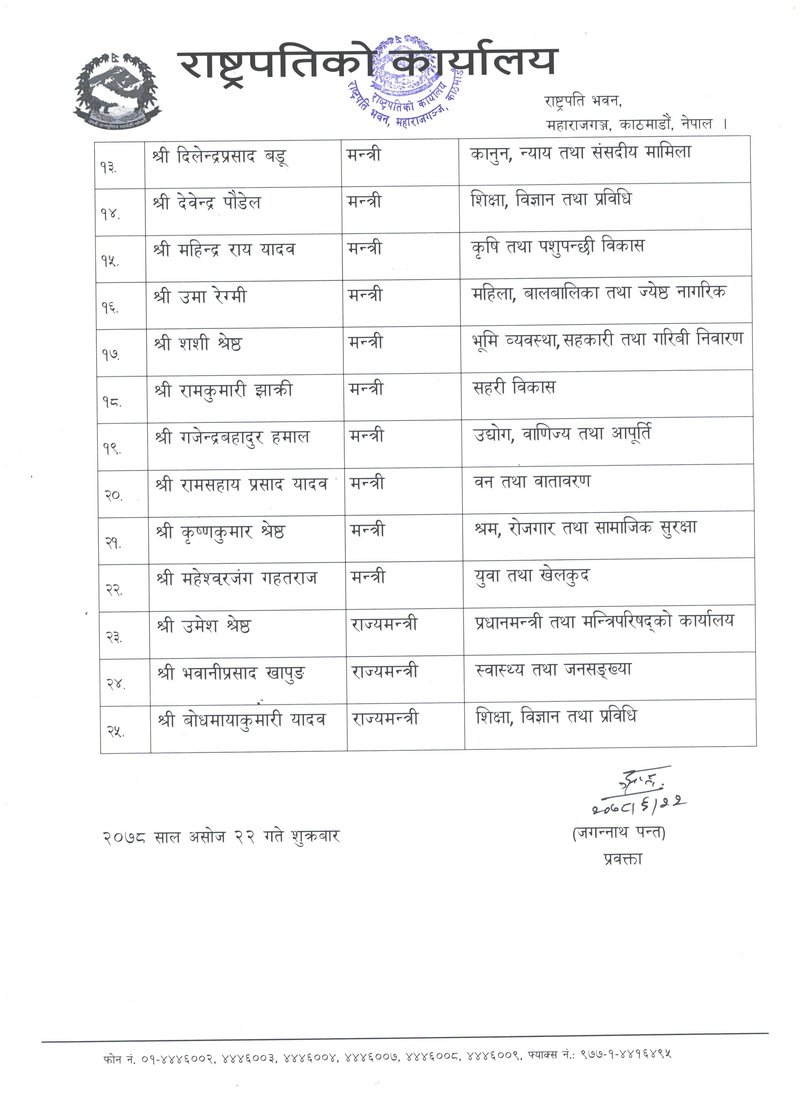