Death Toll Rises To 18 In Landslide In Kerala

Death Toll Rises To 18 In Landslide In Kerala 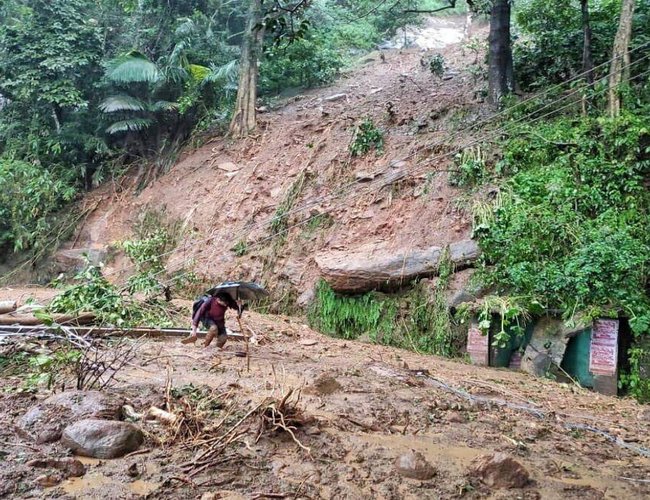 The Army, NDRF, police and the Fire Force along with the locals began rescue operations on Sunday morning at Koottickal and Kokkayar panchayats where over a dozen people are listed to be missing due to numerous landslides accompanied by heavy downpour since Saturday.

A day after heavy rains triggered a series of landslides in Kerala, residents of the particularly hard-hit areas of Kottayam and Idukki districts are reeling under the devastation. A large number of people residing in some of the affected villages have been displaced from their homes and forced to relocate to rehabilitation camps. So far, the death toll has reached 18, PTI reported.

Several residents of Koottickal in Kottayam suffered a great deal of property damage, a PTI report stated. Many elderly villagers said it was for the first time in their decades-old life that they were seeing and experiencing such severe rainfall.