I Have Seen India's Excellent Goodwill Towards Nepal: PM Deuba

I Have Seen India's Excellent Goodwill Towards Nepal: PM Deuba 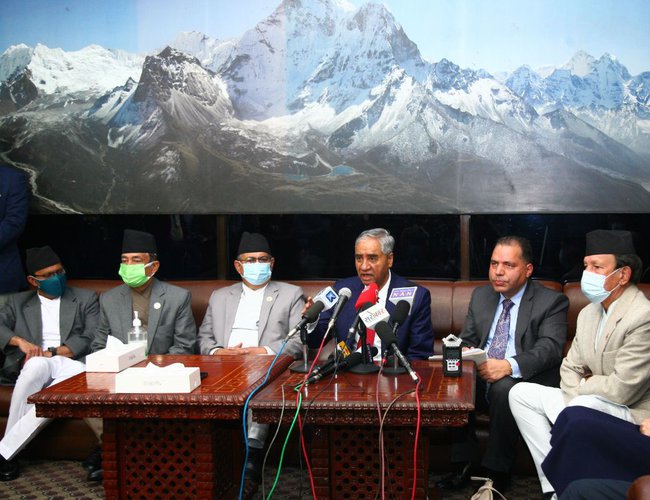 In the news conference, PM Deuba said he held important discussions with leaders of various countries including India on the sidelines of the World Leaders Summit under COP26.

According to the Prime Minister, extensive talks have been held with India especially concerning the air route. PM Deuba and his Indian counterpart Narendra Modi have held talks on permission for using Indian air space for the operation of the Gautam Buddha International Airport in Lumbini, Bhairahawa.

"Talks have been held regarding airspace since the Indian airspace has to be used while conducting flights to and from the Gautam Buddha Airport. Excellent discussions have been held on other topics besides this topic. India's excellent goodwill towards Nepal has been seen. I have thanked India for assisting Nepal with fertiliser when there is a shortage of urea fertilizer even there," PM Deuba said of his discussions with his Indian counterpart.

Prime Minister Deuba has said the present alliance of the ruling parties will last for the full term.

Addressing a news conference at the VIP lounge of Tribhuvan International Airport upon arrival home today after attending the World Leaders Summit during the 26th Conference of Parties (COP 26) of the UN Framework Convention on Climate Change (UNFCCC) in Glasgow of the UK, he said the present ruling coalition will remain for the full term and there should not be any doubts about it.

"The coalition will remain for the full term. There is no need for any doubt and confusion regarding the coalition," he reiterated.

The present coalition government under the leadership of Nepali Congress president Deuba has the participation of the CPN(Maoist Centre), the CPN (Unified Socialist), the Janata Samajbadi Party (JSP) and the Rastriya Janamorcha, in addition to the Nepali Congress.

PM Deuba said during his talks with the British Defence Minister, he found the UK has much goodwill towards Nepal and the UK Defence Minister stated that they were positive about increasing the number of Gurkhas in their armed force.

During the Conference, Nepal drew the attention of the world towards the increasing impact of climate change in Nepal and rising incidents of natural disasters like floods and landslides and it was responded by a concern from other nations.

He returned home on Thursday after attending the 26th Conference of Parties (COP26) to the United Nations Framework Convention on Climate Change (UNFCCC) held in Glasgow of the United Kingdom on November 1-2.

Prime Minister Deuba had left for Glasgow on October 29 to attend the global conference leading a Nepali delegation. 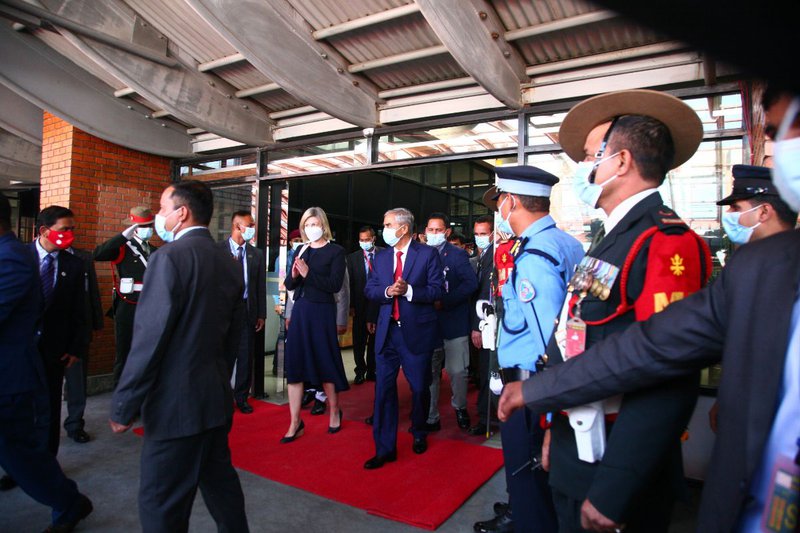