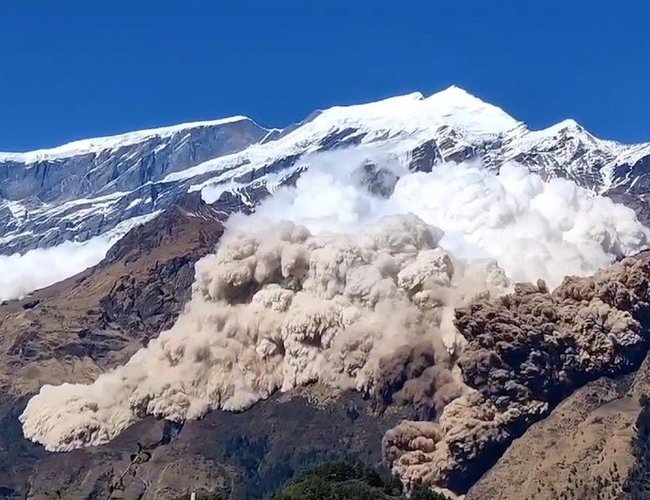 Netra Prasad Adhikari, chief district officer of Mustang, said that over 150 mountain cows have gone missing in the avalanche at Tukuche mountain in Thasang Rural Municipality of Mustang district.

He said that the snow slide came from Tukuche peak and that there was no information about the loss of the physical property and human casualty.

Altogether nine people, a teacher and eight students of Jana Adarsha Secondary School have been injured, according to CDO Adhikari.

He said all the members of the district security committee are near the incident site and they were collecting the details of the disaster.

Nara Prasad Hirachan, Chairman of Thasang Rural Municipality-2, said that two sheds of mountain cows or naks were buried in the snow slide. Mountain cows of farmers Sakendra Gauchan and Bhim Prasad Thakali numbering over 150 have gone missing after the avalanche, said the ward chair, Hirachan.

COP27 Extended For A Day By Agencies 2 weeks ago

Developed And Developing Nations At Difficult Negotiations Over Emission Reduction Efforts By Agencies 2 weeks, 6 days ago