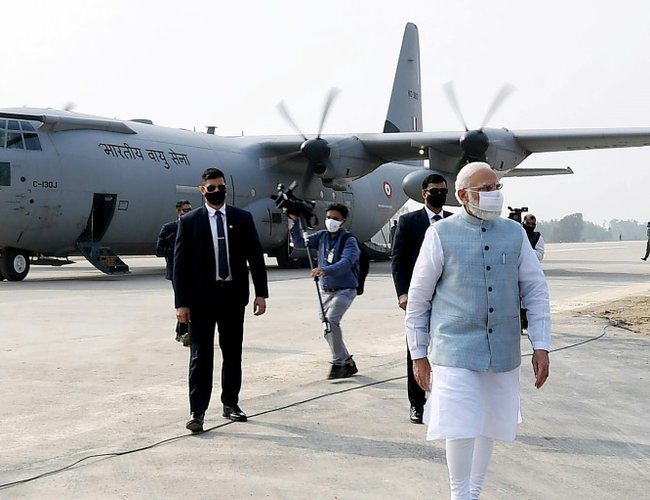 The road in the northern state of Uttar Pradesh will double as an emergency military airstrip to bolster the country's defenses.

The ceremony was followed by an airshow by the Indian Air Force. Various fighter jets showcased their landing skills on a stretch of the 341-kilometer motorway.

Defense experts say such expressways will enhance India's operational flexibility and war fighting capabilities in case of any threats from China and Pakistan.

The government plans to develop more sections of the country's highway system as emergency runways.