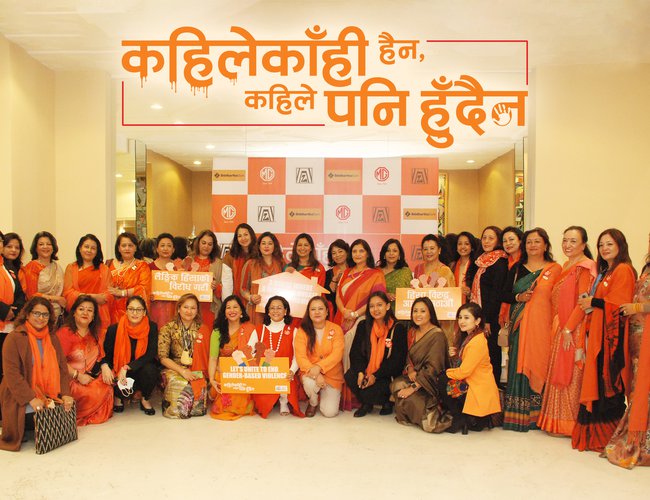 The Zonta Club of Kathmandu today launched a campaign to raise awareness on the importance of speaking up against domestic violence, work/public place harassment and child marriage. The initiative coincides with the United Nations’ 16 Days of Activism against Gender-Based Violence from 25 November-10 December 2021.

Women continue to make up the bulk of victims of abuse but often do not report it due to stigma and fear of not being believed and supported. Zonta has produced four short films delivering the vital campaign message -Kahile kahi hoina, Kahile pani hundaina (it’s never ever okay) . 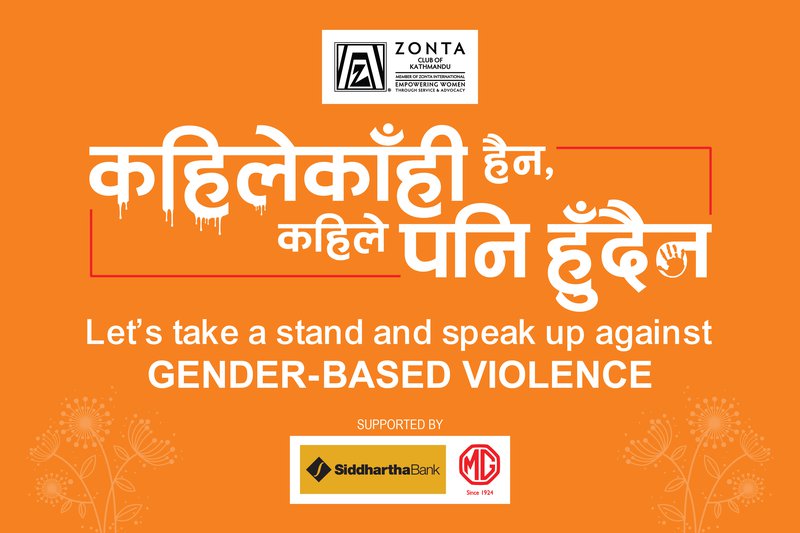 “Very often we hear people justify violence by saying it happens sometimes, so let it be. These short films deliver the vital message that violence/harassment and child marriages are never okay - not one time, NOT EVER and one must speak up,” says Seema Golchha, President of Zonta Club of Kathmandu. “The video, we hope, will encourage victims to seek help and let them know of the helpline options where they can safely call and speak up.”

As part of the initiative, Zonta will also stage a series of street plays in public places in Kathmandu starting 1 December. “We will continue to promote the campaign message of speaking up against gender-based violence and child marriage through street plays as it is a very effective medium in spreading social messages,” says advocate Ratna Karki, a member of Zonta Kathmandu.

Zonta Kathmandu has been working with different partners to support girls and women victims of violence and has also tied up with Lalitpur Metropolitan Police 100 helpline. Zonta and the National Commission for Women have also created an 1145 helpline to provide legal counseling and support to the victims of domestic violence and workplace sexual harassment.

Nepal Backs Away From US State Partnership Program: Indian Scholar, China Commends Nepal's Decision Not To Move Ahead On The SPP: CGTN By NEW SPOTLIGHT ONLINE 3 days, 23 hours ago