. Exports of goods worth Rs 40.20 billion in the first four months of last year have now increased to Rs 82.12 billion. 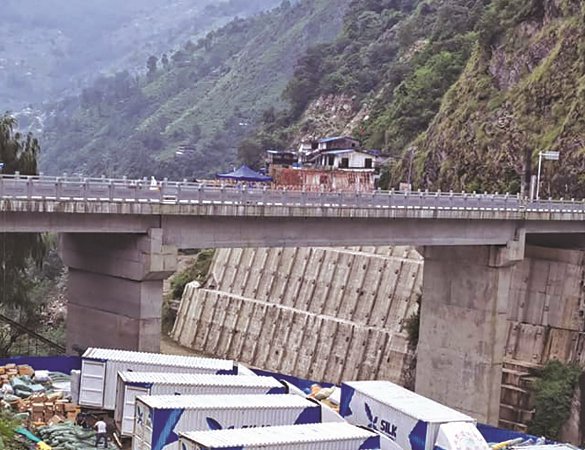 Lately, Nepal's imports have increased at a very fast pace. Given the growing need for commodities for development and consumption in the future and the slow growth in domestic production, this is likely to increase further. The possibility of expanding exports in the near future is very limited. Due to this, there is a need for good planning and management of imports. However, the purpose of such management should not be to control per capita imports but to harness the limited foreign exchange resources available for import financing in line with the national objective of development, equity and satisfaction of basic needs. Trade policy 2072 also does not say much about import management.

The purpose of the import strategy should be to plan, manage, and review imports in a way that: Increases GDP and thus increases the economy's capacity to support future high importsshould be done. The first part of the strategy to increase domestic production is to plan imports to increase domestic production. Import-substituting industries should be encouraged where raw materials are available, low-weight industries such as cement should be encouraged, and more efforts should be made to promote export-oriented industries on the basis of competitiveness in external markets.

Appropriate macroeconomic policies for the development of such industries are essential for the success of such efforts. Such policies include realistic exchange rates, monetary policies, monetary policies designed to help exports, monetary policies aimed at maintaining price stability, and more realistic and simplified lending policies. The country's trade deficit has reached Rs 568 billion in just four months. According to the Customs Department, the country's trade deficit has increased at a high rate due to the increase in imports of domestically produced goods. The trade deficit in the first four months of the last fiscal year was Rs 362 billion. According to the statistics of the department, goods worth Rs. 650.29 billion have been imported in the first four months of this fiscal year. Imports increased by 61.57 percent compared to the same period of the previous year. However, exports have also increased by 104 percent.

Although the size of exports is very small, even if it increases by 100 percent, its effect on trade deficit has not been seen. Exports of goods worth Rs 40.20 billion in the first four months of last year have now increased to Rs 82.12 billion.

In order to balance trade, it is necessary to emphasize the need to increase the export of our traditional and non-traditional goods to the existing and new markets in the current decade. However, after the adoption of the Trade Competitiveness Study by NTIS in early 2000 and 2016, the position of exports remained depressing. Revised NTIS include products and services: large cardamom, ginger, tea, herbs, textiles, textiles, yarn, leather, footwear, changra pashmina b) Skilled and semi-skilled professionals, IT services and business process outsourcing, and tourism. However, most of these products have not performed well. .

Nepal is heavily dependent on imports for development, construction materials and consumer goods. Its imports depend on the proportion of consumer goods, imports for all capital goods and all construction materials. Production, infrastructure and marketing are key requirements to strengthen the supply side of goods exported from Nepal. The government should bring strong “product development program” in every state from production to export market level to increase production. The Trade and Export Promotion Center and the concerned authorities in each province should identify and evaluate the production capabilities, promote the products and market the products for export.

The slogan 'Export for Development' was in the past, but now it seems to have lost its relevance. Prosperity is at the top of the agenda but money-making trade exports are given less priority in terms of cash incentives, reduction of tariffs, etc. The process is cumbersome.

Nepal is achieving balance of payments for not so ease, except for remittance amounts, serious consideration and attention is required.

India is Nepal's largest trading partner with a growing trade deficit. Nepal's main commodities for export to foreign and EU markets are readymade garments, woolen carpets, handicrafts, woolen goods, etc. Nepal can export silver jewelery, spices and essential oils in the long run. For the development of these products, practical projects must be identified and explored. Translation types.

Nepal should use Chinese ports to promote third country trade and reduce growing trade deficit. A protocol to the Nepal-China Transit Transport Agreement has been signed between Nepal and China. This is important for Nepal as the landlocked country allows the use of four ports including Shenzhen, Lianyungang, Zhanjiang and Tianjin and three dry ports at Lanzhou, Lhasa and Sigatse where China has built railways. It does not appear that these ports will end Nepal's sole reliance on Indian ports for foreign trade.

Now the basic problems are: Why such a slow increase in exports in recent times? Have the government and other bodies set goals? Has the government been able to give proper incentives to achieve the export target, if any? Is the new policy enough to boost exports? What measures should the government take to improve exports? Is NTIS enough? Who monitors what? Is the work of Trade and Export Promotion Center effective and result oriented and has adequate resources in terms of manpower and budget? What is the system of import management? Both Orthodox and CTC have identified tea, large cardamom, coffee, floriculture products, non-timber forest products, and handmade paper as relatively high potential and growing products, none of which have been specially promoted, including packages to boost their exports.

The real enemy is within us, although critics have blamed a number of external factors, such as the declining trend in world trade, the impact of COVID-19, increasing competition and the formation of regional blocs for the slow growth of exports. Inadequate infrastructure and bureaucratic hurdles, along with "flip-flop" policies, are major obstacles to development. It would not be an exaggeration to say that the negative and sluggish attitude of the Nepalese diplomatic missions abroad is one of the major obstacles in the way of development in terms of export of Nepali products.

The sharp decline in net invisible income, reduction in concessional loans and some increase in wholesale imports have contributed to this process. Thus, the increase in imports related to the production of non-essential consumer goods has added to the pressure on imports. Discretionary action is required to further curb further growth in foreign debt, especially short maturity and difficult conditions, and to accelerate the use of aid.

The emphasis on liberalization should also shift towards improving the technology and efficiency of intermediate and capital goods industries, which in all respects are necessary to reduce the cost of indigenous products, increase the competitiveness of indigenous industries on a wider scale than at present, and lay the groundwork for greater self-reliance.

As Nepal has entered into the Multilateral and Regional Trade Arrangements (RTA), the BBIN is expected to include a special reference to Nepal in its recommended strategy for rapid export growth. Even if we focus more on labor intensive export expansion, it has not happened.

There needs to be adequate investment arrangements for the high-concentration infrastructure of the export manufacturing industry. In the case of Nepal, the success of export trade cannot be imagined unless we commercialize the agricultural sector. Therefore, making sincere efforts for the development, consolidation and promotion of agricultural production and trade is the reality, obligation, hope, demand and precondition of Nepal. Lately, the business of the service sector has also been increasing. Tourism has the potential to make a significant contribution to foreign exchange earnings. Conditions are favorable for the rapid expansion of tourism after Covid 19. The tourism industry does not face protectionist barriers. It is today equipped with a proper infrastructure base and ready for further rapid growth.

The future expansion of tourism should be achieved mainly from the private sector. The state can contribute to the protection of the interests of industry, consumers and the environment by planning broad development strategies, providing the necessary infrastructure and creating an effective regulatory mechanism.

In short, stakeholders should pay due attention to Nepal's ever-increasing trade gap in recent years. This requires a public-private partnership approach, but it is a mere figment of the imagination.

Conflict Of Interest In Public Institutions In Nepal By Dr. Prabin Manandhar 1 day, 17 hours ago 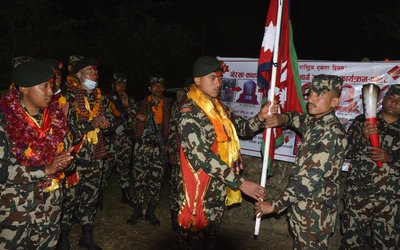 OFF-THE-RECORD TEA-TALK: Project Delays And Corruption By THE BRAINSTORMER 1 week, 3 days ago

Why Is The Traffic Jam In Kathmandu Notorious? By Shanker Man Singh 1 week, 3 days ago